Google is continuously trying to make Google Maps better. While it already helped users in finding the best possible route to reach their destination in shorter time, a new feature has been added to tell users the best time of the day to start their journey.

This new feature shows users a timeline at the bottom of the interface with different time slots marked in Green, Yellow, and Red colour. The Green colour refers to the low traffic, which signifies the best time to travel in the day. The Yellow colour is to mark moderate traffic on the route at the particular time, and the Red colour shows the high traffic in on the way. The graph comes handy to prepare ahead of your travel and narrow down on the best time to travel according to the traffic stats. 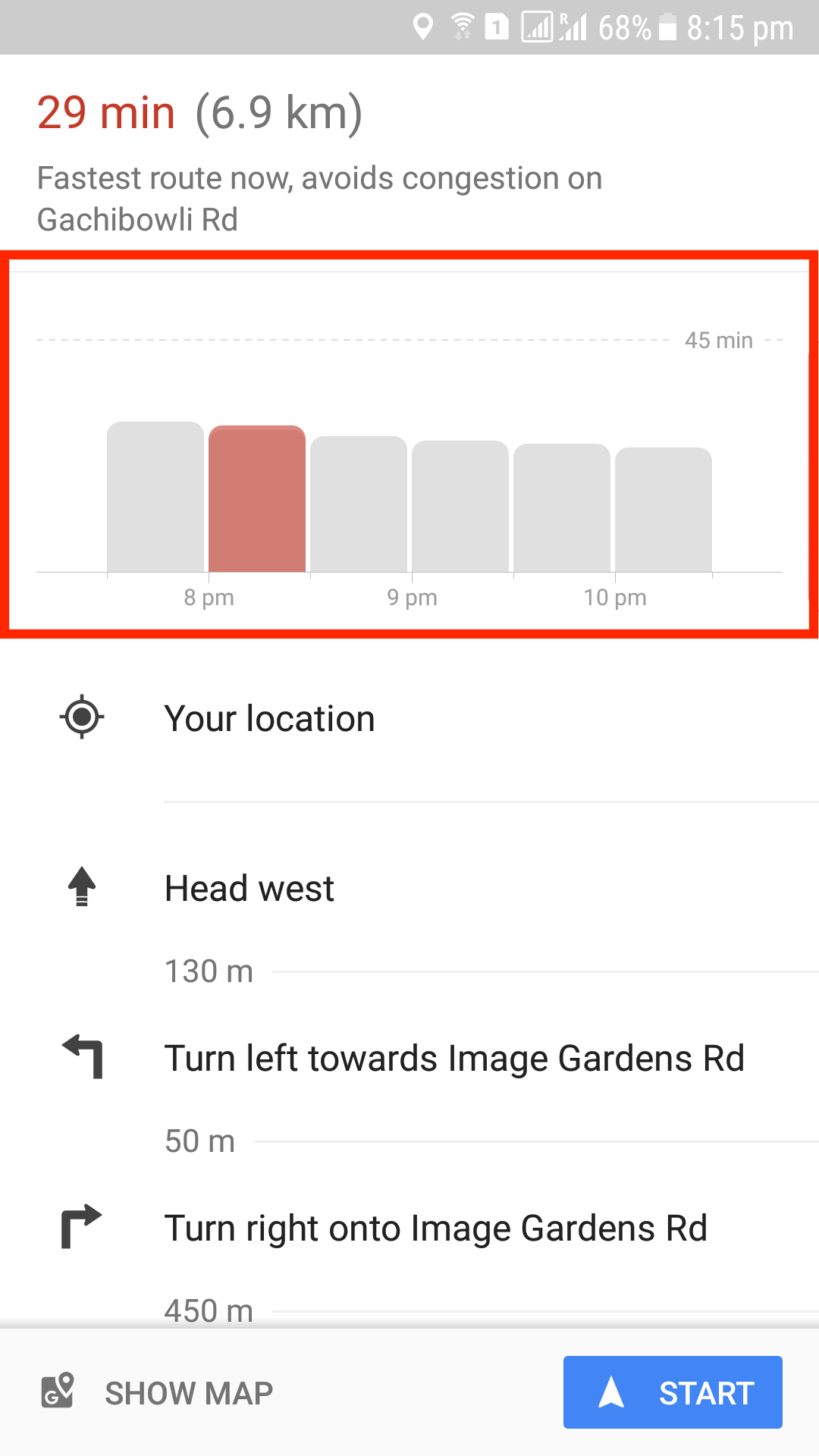 You will find the new traffic graph when you search for a specific destination on Google Maps and then ask it for directions. The infographic will show the duration of your trip depending on the time of the day. This new feature was first spotted by the folks at Android Police. The graph is an excellent addition to the app, but it doesn't provide data about the time that you will save if you start travelling at one of the timings mentioned in the graph.

Admittedly, the graph would be useful for the users to prepare ahead of their course. While we would have loved to have additional information on the graph, but for now, whatever it shows is enough for helping out with the travel plans. Also, you never know if Google is already working on adding extra features like time saved stats to the graph.

Like we wrote at the beginning of this article, Google Maps is becoming better with time. It recently introduced a nifty feature that tells users about the speed limits for vehicles in specific areas, but it is only available in two locations for now - San Francisco Bay Area in the US and Rio de Janeiro in Brazil.