Google Maps For Apple Watch Has Been Released

A lot of users prefer Google Maps on their iOS devices other than Apple's stock Maps app that comes pre-loaded. Even though it relies on a user's own preferences and personal experience, there are a lot of other aspects that need to be considered before sticking with a choice. Google Maps is not the first app that the company has launched for Apple's wearable, there have been some that outperforms their alternatives. Since Google Maps have been available on the iOS platform for quite some time now, the company had no corresponding app on the Apple Watch. 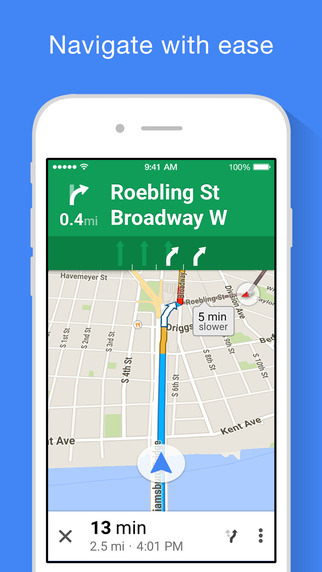 Let's see what Google's Map has to offer in both iOS and Apple Watch in the latest 4.11.0 update.

The major feature that this update beholds is the support for Apple Watch. Now, Google's Maps app delivers directions on a person's wrist. The update includes the comparison of estimated travel times across transit, driving, biking and walking directions. This enables the user to compare travelling time before beginning the journey. The app provides the shortest time route to a specific location. 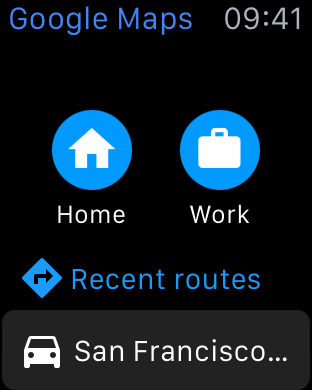 Furthermore, the update also features calling businesses and receiving location directions from a list of places. This will in turn reduce the user's effort to search for certain locations. These are quite a handful of useful features for some users who tend to travel a lot. Moreover, just like any other app update, it also includes bug fixes for the iOS app. This will improve the fluidity of the app and provide a seamless experience. Even though these visual changes might not seem visible to the naked eye, they have been surely part of the update.

Google's Maps app might be the best app in its kind, the Apple Watch support only features navigation options and nothing else. Users do not have the availability to search for locations manually, rather you can get directions from a list of places.

If you have not installed Google Maps on your iPhone yet, do try it and compare your experience with Apple's stock Maps app. This is it for now, let us know in the comments if you think including just the navigational aspect of Maps is a viable approach by Google.