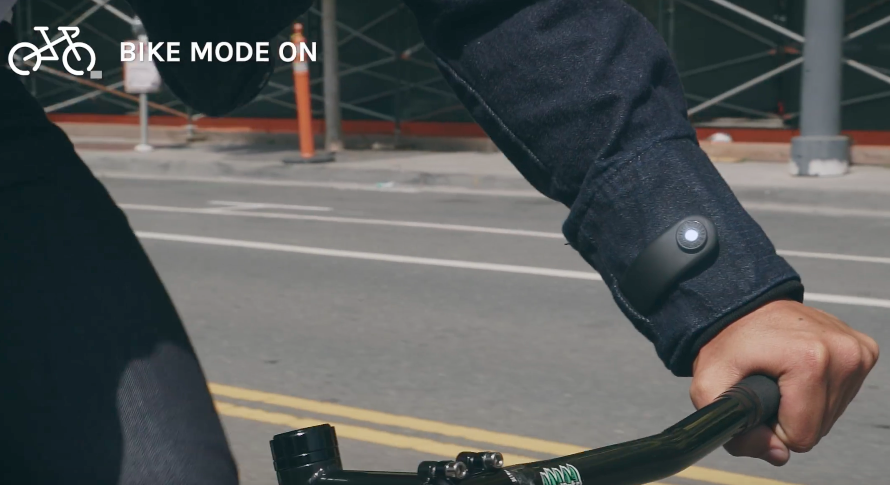 After two years of announcing their collaboration for connected clothing products, Google and Levi's have finally come up with the final product - Project Jacquard Commuter Trucker jacket. With this product, Google is now trying to take wearable tech to some other level. Why have smart tech limited to your wrist or ears when you can wear it all over by shelling out $350.

The main element is the fabric of the left sleeve on Commuter jacket. It has a rechargeable tag tucked inside it. On the whole, the entire fabric of the jacket is also smart as it is made up of conductive yarn that helps in all round touch functionality powered by the tag. The tag comes with support for USB charging, which makes it pretty easy for plug and charge. The functionalities on the Commuter jacket include playing music, opening lock screen, managing calendar, Google Maps, and much more as it pairs with your smartphone. Only snag being that it can't work seamlessly with an iPhone.

“It was a long road but what’s really impressive, is the entire journey, we stayed true to our vision and what we wanted to achieve. This jacket is going to be sold as a piece of apparel, that was always the vision from the very beginning."

You can access a variety of function on the jacket just by simple finger movements. For example - you can swipe your fingers to check the time on your phone, play-pause-forward the music, along with other features. To connect your phone to the Commuter jacket, you have to install "Project Jacquard" app on your phone and from the app you can pick gestures that you want for different functions. Levi's also said that they are working on adding more gestures in the future, which would be helpful in making the jacket smarter.

“Anyone on a bike knows that navigating your screen while navigating busy city streets isn’t easy – or a particularly good idea. This jacket helps to resolve that real-world challenge by becoming the co-pilot for your life, on and off your bike.”

We can't deny how cool the jacket looks with all the functionalities, but spending $350 could make it a hard sell. What are your thoughts on Google and Levi's Commuter jacket? Would you be interested in buying it? Share your views in the comment section below.