For a number of months, tech reports have suggested that Google would be joining the carrier market with an effort of its own, and today, it has been launched in the United States.

The company is very much in the business of making money, and when it comes to the web, does so better than any other. But "Project Fi", as this venture is being named, seems to be about more than just a broadening of horizons. Sure, as the maker of Android, the world's most widely-used mobile platform, a Google-branded carrier makes sound business sense, but that's not the end of the story.

Google wants to see that pricing structures are fairer on the consumer. The big carriers have all sought to exercise control over the way the entire market moves in relation to contracts and such, creating something of a collective monopoly, and so Google is offering an alternative quite unlike anything we've seen before.

Users pay $20 for the phone / text part of the service, and then $10 for every gigabyte of data. However, if a user grabs 3 GB of data for $30 and only uses 1 GB, $20 is returned, which means that you won't be penalized for overestimating how much you'd use.

For now, Project Fi is only available to those in the United States, and specifically, those who own the Motorola Nexus 6. If you have this device, you will still need an invitation, and here's how you can request one:

Open your browser and head over to fi.google.com

As you will see in the top right corner, there's a little button that says "Request Invite." You will need to click on this. 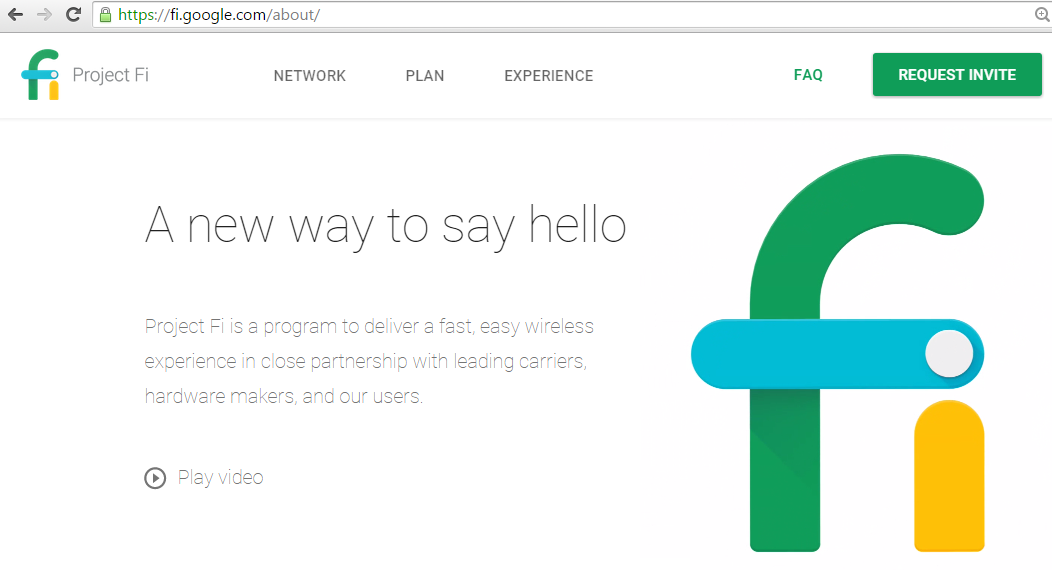 Next, enter your email address and ZIP code where required, and tap on Request An Invite. 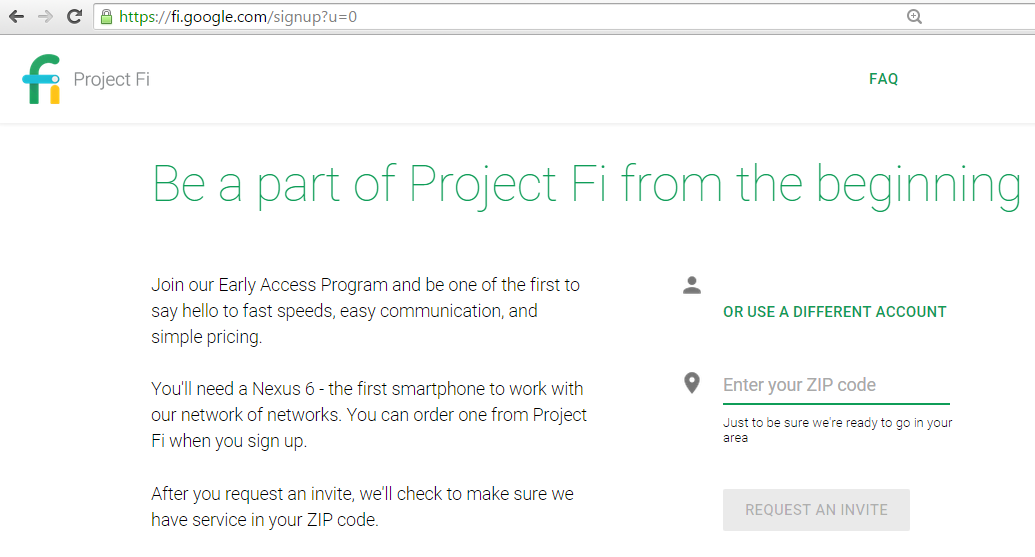 If you have been successful, you will now need to play the waiting game and sit tight. If, for some reason, your area isn't yet supported, you'll be met with the following message:

Unfortunately, our Early Access Program isn't available in your area at this time. Once Project Fi is available without an invitation, we'll let you know via email.

In this case, you're out of luck, but since Google is usually quick with its expansion of new projects and services, the wait hopefully won't be too lengthy.

The official launch video, which we have embedded below, talks about how Google Fi seamlessly interlinks Wi-Fi hotspots far and wide, as well as using Sprint and T-Mobile's networks to offer a unique, connected brand of coverage. It's an ambitious project, and one that remains limited for those living in the Western side of the United States, but as it emerges, could prove a serious challenger to the major players like AT&T, Verizon, T-Mobile and Sprint.