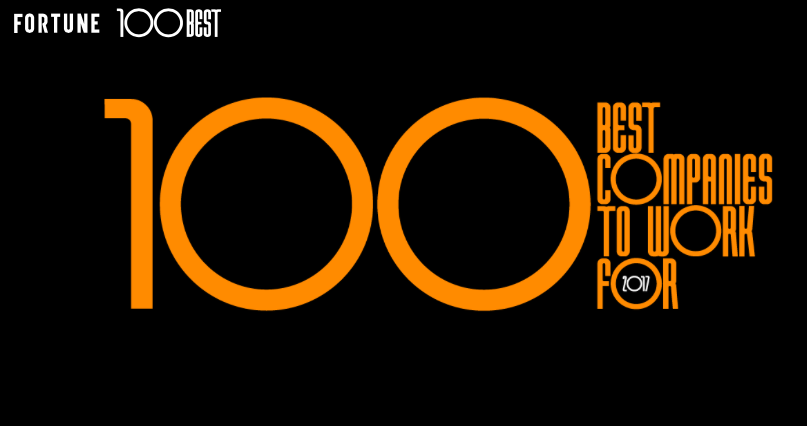 For the sixth consecutive year, Google has earned the title of "world’s best company to work" in a ranking bestowed by Fortune under Fortune 100 list. Google has won the title eight times in eleven years, and this year marks its consecutive win in six years. The tech giant has been crowned for its fun work culture and employee friendly environment.

Fortune 100 ranks companies on the basis of their compensation, perks and time off. Of course, there are other contributing factors too that ring up the chart, but Google seems to be topping those charts for eight years now and is touted to have the best work culture. Other companies that featured on the list after Google are - Wegmans Food Markets, The Boston Consulting Group, Baird, Edward Jones, and many more.

Google offers a series of perks to its employees such as free gourmet food, haircuts, and laundry services. Throwing light on the work culture at Google, Fortune 100 writes:

"The $75 billion tech titan is famous for luxe perks like free gourmet food, haircuts, and laundry services, of course. But it also takes a ­rigorous analytical approach to morale. It boosted its parental-leave policies, for example, after finding that mothers were leaving at higher rates—the result was a 50% reduction in attrition for working moms. And then there’s the culture: Town halls held by black Googlers and allies, support for transgender workers, and unconscious-bias workshops (­already attended by more than 70% of staff) help foster what employees say is a “safe and inclusive” workplace at this hive of high performers."

To make the ranking process transparent, Fortune goes on asking company employees about the work culture and other pros & cons. It surveyed more than 230,000 employees and they were asked to rate their company on the basis of leadership quality, relationships with colleagues and support for their personal and professional goals. At Google Inc., 97 percent of employees said that their workplace is great.

Regarding more methods for evaluating a company, Fortune 100 says:

"Great Place to Work scores a Culture Audit management questionnaire from each company, which reports details such as compensation and benefits, hiring practices, recognition, training, and diversity programs. Over the years our research and consulting firm, Great Place to Work, and many other scholars have consistently found that the good guys finish first in profitability, revenue growth, stock performance, and other key business measures."

It's worth noting that Apple did not feature on this list. The Cupertino giant is not under top 100 companies with the best work culture, which is worth pondering for Apple. Also, it didn't make to other segments of the list such as best compensation, best perks, and others.