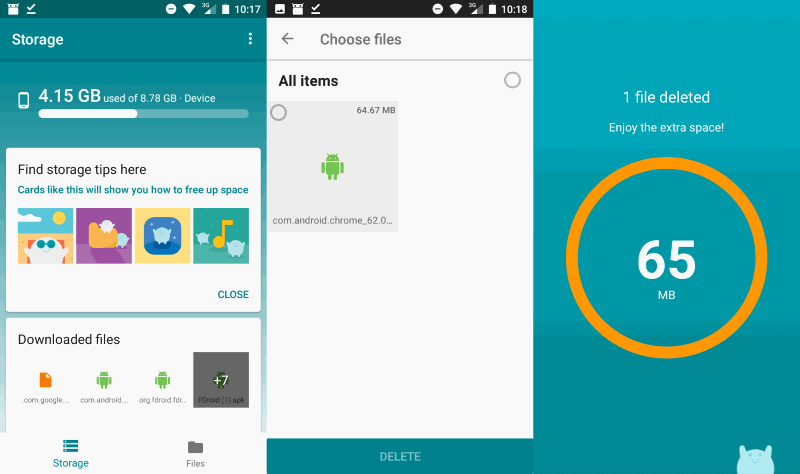 Until very recently, Stock Android lacked a native file manager app, leaving users at the mercy of third-party alternatives. There's no doubt that there are excellent third-party file management apps out there, but the ability to access your own files is something that should be included right out of the box. Finally, after what seemed like an eternity, Google released their Files Go app, which was a part of several apps optimised for Android Go and is the only Android Go optimized app that runs on non-Android Go devices. It has received several updates and features since. It also happens to be one of the very few Google apps that are allowed in the Chinese market. Today, it receives an update that adds more features. Here's the changelog:

A file manager is practically useless without native support for file transfer capabilities. Until now, peer-to-peer transfers could previously be initiated from the Files tab right underneath the various file categories. With today’s update, there is a new dedicated Share tab that better explains the feature with a cute, whimsical graphic. Additionally, the release notes highlight “faster offline sharing with speeds up to 455 Mbps.” which is near 4x transfer speed increase from the previous 125Mbps.

The app now supports file extraction for formats like ZIPs. The feature is a much-needed one, as a lot of content downloaded off the internet is compressed. When coming across a ZIP file in Files Go, a confirmation prompt will appear asking if users want to extract the file with its content organized by category. You should receive the update OTA and the new feature will be available upon installation.