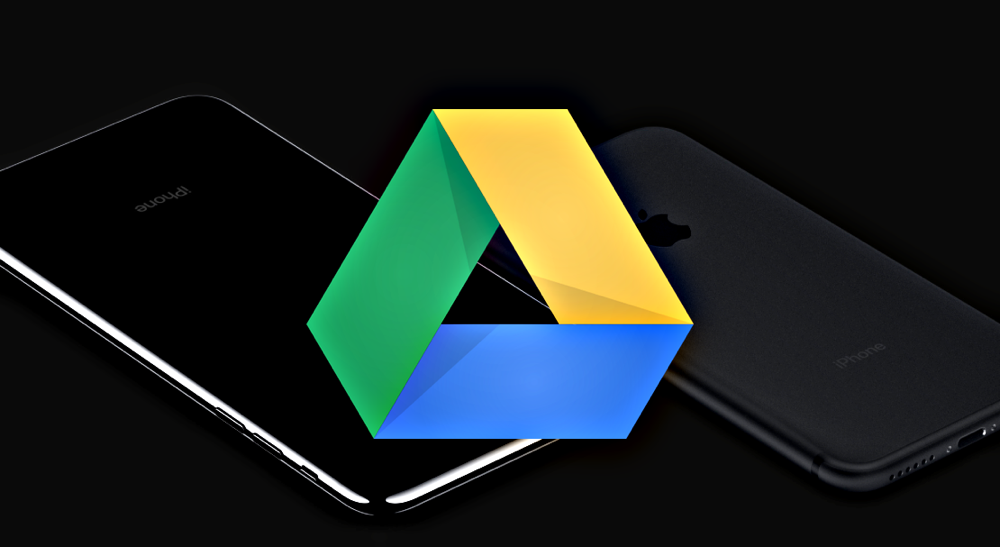 A vast majority of users consider document editing on their smartphones an arduous task. But Google continually works on making it simpler with every update. This time around, Google has added various nifty features to its Google Docs app for Android and iOS. These new features are available for editing Docs, Sheets, and Slides. Among these new inclusions, there is now an option to add Header and Footer, move text, and simplified image placement (rotate, move, and resize).

For Android users, you can now move and rotate images as you please. Text wrapping is also possible along with various border styles (as you can see in the image below). To add a border to your picture, you just have to tap on the new "image" tab that will present to you a variety of options. For dragging and dropping the text as per your requirement, you just have to select the text and move it to the desired location on the document. Initially, the dragging and dropping could seem tough on a small screen, but you will eventually get used to it. 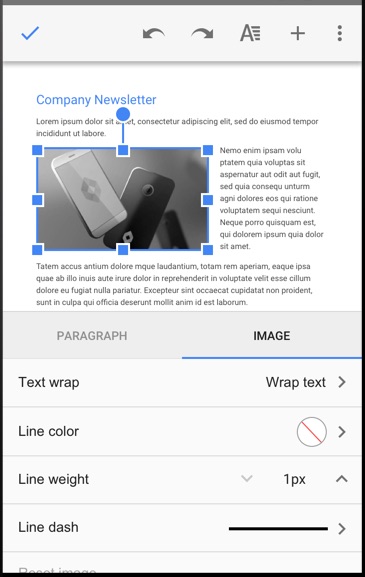 To add Header and Footer to the document, all you have to do is to tap on the upper and bottom area of the sheet, and the app will pop up an option to add them. On the other hand, the Text Wrapping option will allow you to wrap the text around an image for saving space.

For iOS users as well, Google has introduced the Header and Footer option in Docs. Users can also add page numbers on them. iOS users can also change the size and colour of the page. Google has also included options such as adding various types of borders such as solid, dashed, and dotted. iOS users will also be able to change page's orientation - portrait or landscape.

With these new features aboard, users will now be able to edit documents on the move. Google’s G Suite website says that the update rollout for both Android and iOS is a gradual process and it could take up to 3 days for these features to appear on every device. For the ones who just can't wait to lay their hands on these new features, you can download the latest version from APK Mirror.