Windows 10 is seeing adoption rate unlike any other version of the OS coming out from the Redmond camp, but so far, opinions regarding the next-gem platform are somewhat mixed from users and critiques around the world. In fact, opinions regarding Windows 10 either sit on one side of the fence, or the other, while there is no middle ground for most people. Now, Google's Vice President of design has jumped onboard the critique train, and thinks Windows 10 looks like 'XP with a flat design skin.'

Google's VP of design didn't show any mercy on Twitter when it came to describing Windows 10's aesthetic appeal, and the man went on a rant in a couple of tweets which are as follows:

I just setup a Surface 4 & Windows 10 - not sure why I was excited to try a new thing, it's basically XP with a flat design skin. #FutureNot

Those are some harsh words if you're asking us, given Matias is the man behind Google's newfound Material Design language, which can be found across Mountain View's range of different products, with Android being the most prominent recipient of it.

Now, we do understand that Windows 10 is a compromise in a lot of cases, but Microsoft did make some smart moves during the process of its development to ensure that Windows 10 does not leave a bad taste in the users' mouth. For example, the design changes throughout the OS are as subtle as they can be, giving users the feel of something brand new while also giving the illusion that all feels the same from yesteryear. While I do somewhat agree with what Matias has to say regarding design, but it makes logical sense to leave Windows 10 in a state that feels familiar to old time users. Anything drastic at this point can easily push users off board and subsequently embrace the competition's OS. 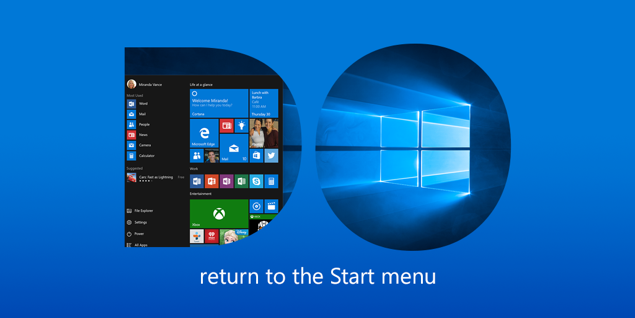 But, quite frankly, we really wished Windows 10 was a major change in how it worked, especially when it comes to media consumption and gaming. But Microsoft left many holes unplugged and has mostly left it to the user to figure out where the pieces fit. It was a mighty missed opportunity on day one if you're asking us, but we're certain that the Redmond giant will address a lot of issues as we move into the future. After all, the company is now treating the OS as a service that will improve as we keep on using it.

What's your take on Windows 10's design? Do you think Microsoft did the right thing as they are? Or it would've been better if Windows 10 was an insane overhaul in design and functionality both?