Google has officially announced the Chromecast 2 and it comes packed with a lot of new features. We have all the details right here. 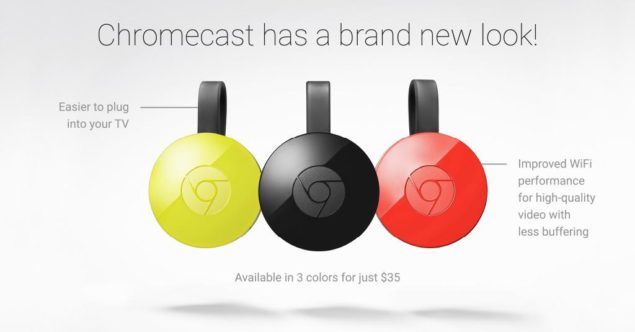 Google Ups The Ante With The Chromecast 2

The Chromecast was due for an upgrade, and Google has delivered on that today by announcing the brand new Chromecast 2. As you can see from the image above, the new media streaming dongle will be available in 3 colors - yellow, red and black.

Apart from the new color options, the Chromecast 2 features an all new design and looks more aesthetically pleasing than before. Under the hood, Google has tossed in new hardware as well, and the device now supports dual-band WiFi, so you can rest easy knowing the fact that the device will connect to 2.4 and 5GHz networks without any sort of hiccup whatsoever. But that's not all on the WiFi front, the Chromecast 2 also supports the 802.11ac WiFi standard, allowing for high-speed streaming without any sort of stuttering. 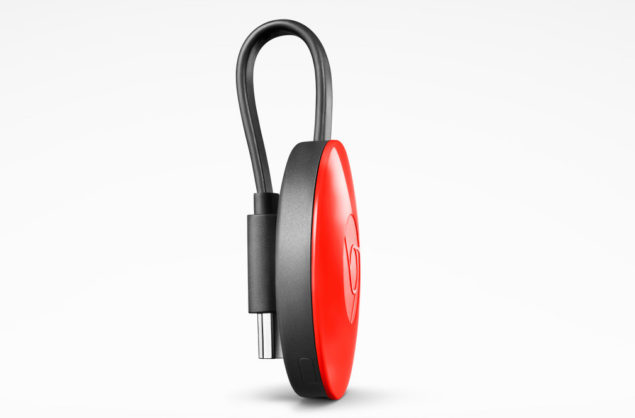 Just like the Chromecast before the second-generation model, the device plugs into the HDMI port of a TV, but the new model comes with an additional micro USB port for powering up the device. Given that the first-gen Chromecast didn't require an external power source, it's strange why Google went for this route with the Chromecast 2. It's highly likely that the powerful internals require a tad bit more juice than before, hence the micro USB route. 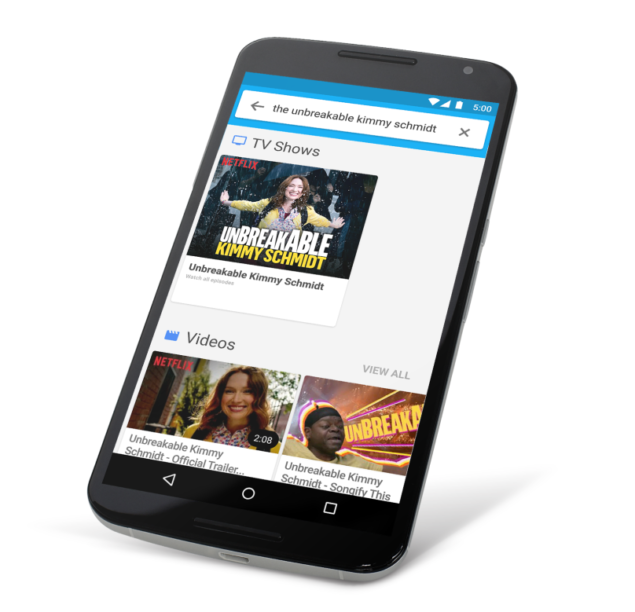 Apart from the new Chormecast 2 itself, the Mountain View giant has also announced a brand new Chromecast app which will throw recommendations at users based on the Chromecast compatible services that they've used. Google has also partnered up with the big guns such as Netflix and Hulu, allowing users to see what's new to stream right from their smartphone or tablet, without having to launch third-party apps. This new feature alone will prove to be an instant hit among movie and TV show buffs, we're quite certain. And since Google is known for its outstanding voice search, the search engine giant is throwing the very same feature into its new Chromecast app as well.

On the pricing front, the Chromecast 2 will cost you just $35, like its predecessor. And the best part is: you can pick up the Chromecast 2 starting today directly from the Play Store in 17 countries. 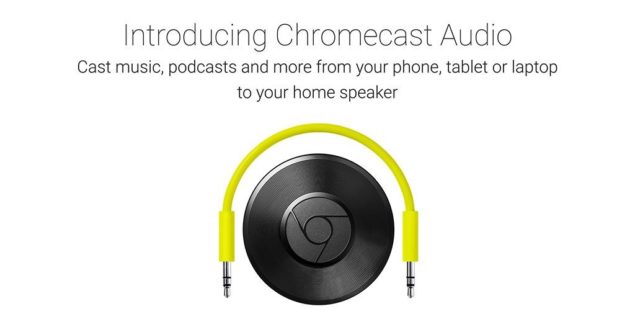 Google also took the wraps off a new device, which it is calling the 'Chromecast Audio.' Practically, it's a device which is forged out of pure genius that plugs into any speaker system, allowing users to stream their music straight to their audio hardware over a WiFi network. In short, it works like Chromecast, but it's strictly limited to audio only. But the best part about the device is that it works with leading music services such as Spotify, Pandora and Google Play Music.

Just like the Chromecast 2, the Chromecast Audio costs $35, and is a great workaround to turn your ordinary speakers into a Chromecast-ready solution. But remember, your speakers must support a 3.5mm headphone jack in order for the Audio dongle to work, otherwise you'll be poised to buy a connecter to make the magic happen.

Google has announced a bunch of new hardware today, such as the new Nexus 5X and the Nexus 6P, and we're certain that the Big G will keep the ball rolling with future hardware upgrades as well.

Currently, there are 20 million Chromecast devices that have been bought by customers, which means that the product category is the best selling one from Google to date. Let's see how that number changes with the above two announcements under Google's belt.

Are you excited about the Chromecast 2? Be sure to let us know, in the comments section below.