Google Acquires Photo Sharing and Backup App Odysee, Hasn’t Given up on Google+

Google has finally acquired Odysee to improve its social networks by adding more offline and privately shared features to its Google+ service. Odysee allows backing up of photos automatically to the home PC which are one captured through tablets and Android phones.

"Odysee is a sharable cross platform camera roll using distributed cloud storage from any source. It is intended to be the place where a user can keep all their captured memories with easy access and simple sharing"

Odysee is basically an iOS and Android app that allows direct contact through PC to save much more than photographs only. It also allows people to share and setup private inbox automatically. Odysee was primarily “especially designed for people who take a lot of videos and would like the option of saving them at their full quality” With the new term, Odysee also announced that its private saving and sharing service is subject to be closed on February 23. And with thee closing, Odysee will join hands with the Google+ team and will work in a similar capacity with photo syncing and sharing services to “continue to focus on building amazing products that people love.”

The messgae on the website's homepage

Acquirement was announced by sending in a notification the app users as well as through a post by Odysee home website. With the newly announced service, the note also states the closure of its previous services. Also, Odysee app is no more available at Google Play store and Apple App Store. However it is justifiable how it makes so much sense for Google to acquire Odysee. Because there had been a bunch of rumors that Google will start its own Photos service, independent of Google+ as a new venture which will have features that allows it to stay ahead of other photo service providers like Yahoo, Instagram and Dropbox, etc.

Odysee was initially created by Nimbuz. Inc. The startup co-founded by Raghavan Menon and Shiva Javalagi. Both of them seems to have a sound knowledge of networking, algorithms and embedding software. Later acquired by Viraj Logic, Raghavan Menon also co-founded Ingot Systems previously. Soon after he had kids, he explained:

“After they were born a few years ago, I found that walking around with a smartphone meant 100x more videos and photos captured,” he says. “People used to just capture the big moments; with an HD camera with us all the time, we capture everything, all the time.” 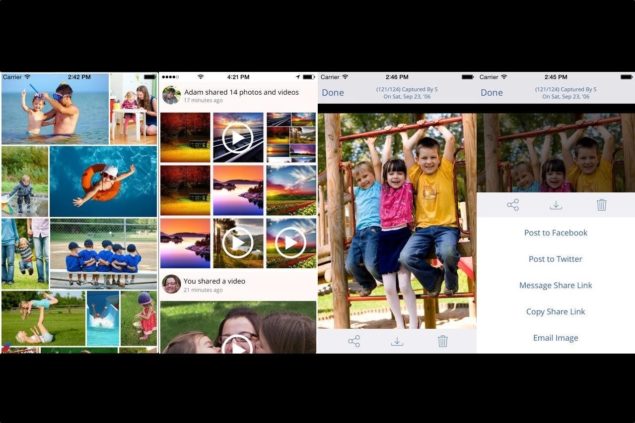 Odysee also has its own followers and following network, which allows the close family and friends to add who can also be a part of the app. This is basically a photo sharing feature that sets Odysee apart from all other photo service providers. It also provides with an option to share photos with non-Odysee users with a way through URL.

Google isn't sharing any news other than Odysee acquisition at this point in time so its still ambiguous as to what Google actually plans to announce, but it is sure that they are not giving up on the floundering Google+