Samsung's Good Lock is arguably one of the best first-party customization software out there. The service has received several updates since its release early this year, and today it got an update that brings some changes to previous features. It even comes with a new multi-window module called MultiStar. 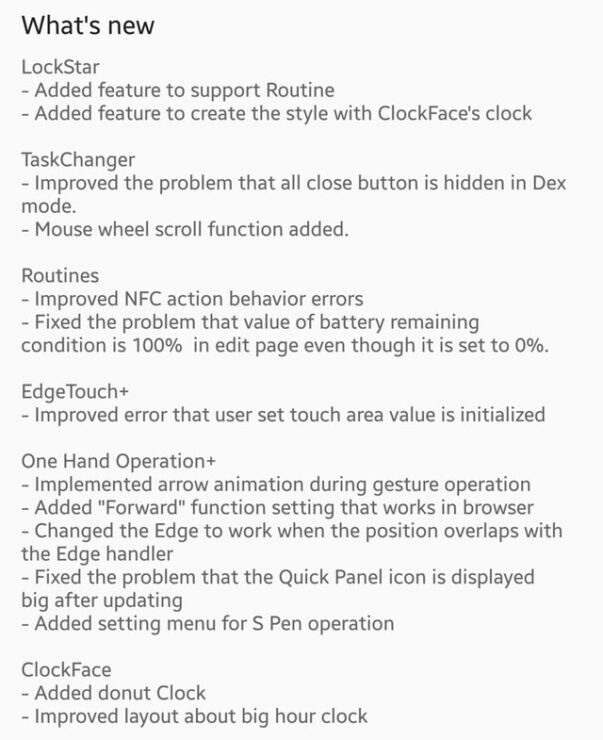 Currently, the Good Lock application works only on some devices running Oreo and higher. It is available only on the Galaxy App Store, although third-party APKs are available for the individual apps. LockStar now supports Routines and gained the ability to create clocks with ClockFace. Routines had some NFC action behaviour bugs fixed and one that pertained to the battery remaining condition as well.

The highlight of the update, however, is MultiStar which lets you use multi-window without pausing apps. The setup reliably lets you play a mobile game while watching a video (although why one would choose to do that is beyond me). It also has a feature called Ghost Mode that allows you to adjust the transparency of your pop-up window. This feature currently supports 5 transparency levels at 20%, 40%, 60%, 80% and 100%.

Another new feature added to Samsung Good Lock 2018 is called Floating Notification, which will display incoming notifications in the form of icons when enabled. You then can tap on the icon to open up the application in a pop-up window. The update may take a while to hit your device, depending on your location. Do keep an eye out for it as MultiStar seems like something a lot of people could benefit from. Despite possessing the raw computational power for multitasking, mobile devices are often limited by the amount of screen real estate. Hopefully, MultiStar helps address that issue.