Star Wars Day is almost upon us, and GOG is doing their part to celebrate May the 4th (be with you). GOG is commemorating the special occasion with a Star Wars sale, two fantastic bundles and the digital premier of two classic Star Wars games.

GOG is celebrating May the 4th by digitally releasing Star Wars Rebel Assault I and II. That and you can enjoy a Blaster and Saber bundle to get your Star Wars fix.

Star Wars Rebel Assault I and II can be had on the GOG store right now for a meager $9.99 for both of those iconic games. This is the first time that they'll appear in digital format and the first time the'll be available in nearly 12 years. Be prepared for some cinematic blaster wielding, starfighter flying excitement.

They also have two great bundles you can grab at the moment, the Blaster Bundle and the Saber Bundle. The Blaster Bundle is $38.93 and includes a mix of strategy and simulator games that you may or may not remember fondly.

The Saber Bundle at $22.44 gives you a mix of RPG and FPS games that, of course, include the saber-jockeying Dark Forces series with Kyle Katarn. 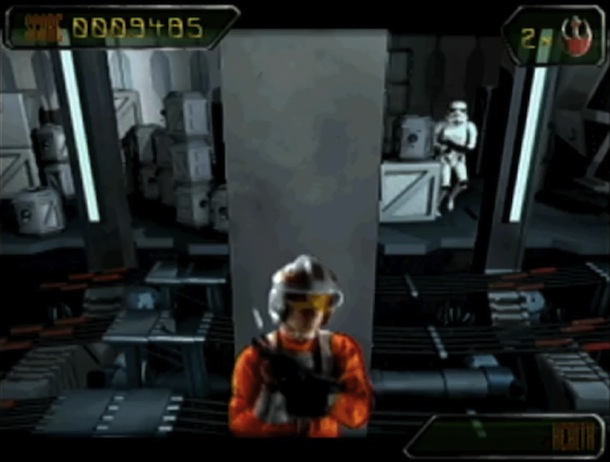 GOG is known for their willingness to negotiate with developers and publishers in order to offer up some of gamings finest offerings from the past. And their ability to secure the older Star Wars franchise was a pleasant surprise to us all. They've been able to bring back a lot of great games that are still tremendously fun.

So head on over and enjoy the fruits of GOG's labor and celebrate Star Wars Day the right way, by playing games.