God of War’s World Is Hub Based and Influenced by Bloodborne’s Design; Side Content Is Not Tacked On 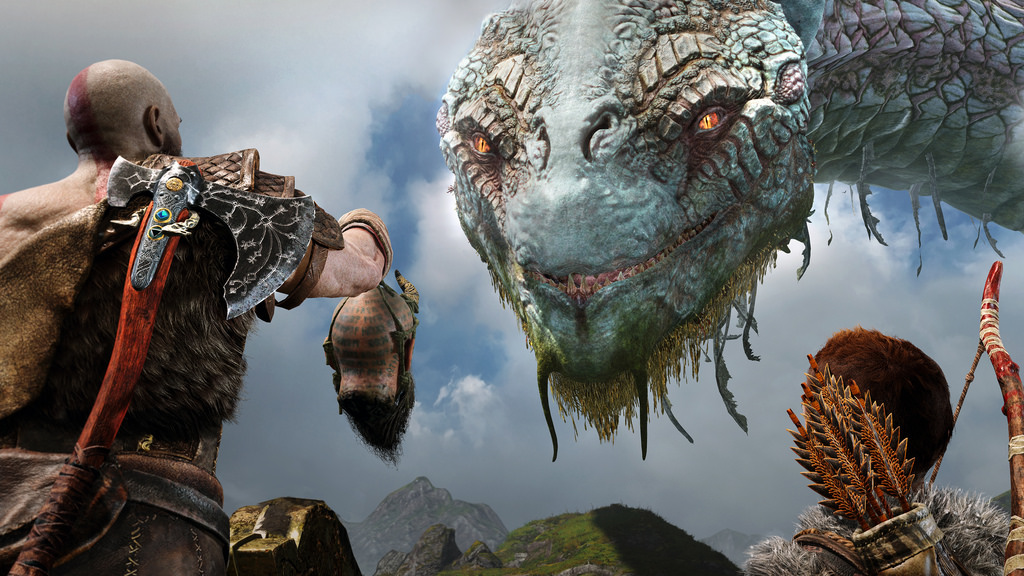 In the latest episode of the official The Lost Pages of Norse Myth podcast, Senior Systems Designer Anthony Dimento and Lead Level Designer Luis Sanchez talked extensively about God of War's level design and side content.

What we're doing is that it's not an open world game but there are hubs, in our instance one big hub where there's additional content that doesn't necessarily tie into the main story. It does in certain ways, but it's more about expanding the world and creating a more immersive experience.

One of the levels for example revolves around a Golem, one of our big rock enemies, and through working on a sidequest we kind of told a little origin story about that enemy which gave him a personality, and it was cool watching this play out and giving him a background while building the world.

In that same quest you're looking for a dwarf with a green ring, and we knew we were going to have certain upgrades and talismans, things that you can equip that give you perks and bonuses and change your playstyle. Then we've taken what we've established through narrative and turn that ring into one of those upgradeable items, an item that does something for your gameplay but now actually has a whole narrative background, there's something meaningful about it rather than just calling it 'Trinket of Odin' or whatever. Now it has that backstory established through side content, it means something to you.

The goal is to have the side content not feel any different from the main content and have that same production value Sony Santa Monica is known for. It's not tacked on, it's not an afterthought, there's a whole team dedicated to this and a lot of work went into weaving this together with the rest of the game and making it all feel like one experience.

Exploration became a lot bigger than we originally planned at the onset. I think we were planning to have five to ten hours of additional content and then it became a lot more, there's a ton of stuff to do.

I love building spaces that wrap around each other. One of my favorite games is Bloodborne, their design is amazing, top-tier. That has been an inspiration for me, a lot of the exploration spaces kind of call back to those games. We have those micro-loops where you're unlocking paths, unlocking shortcuts, giving them purpose and kind of looping around the space and learning the area.

While God of War won't be a full-blown open world game, it will be a much less linear experience to the extent that there will be even some optional bosses and levels.

Still, with Naughty Dog's The Last of Us called an inspiration by Game Director Cory Barlog when it comes to storytelling in games, the main plot should hopefully be compelling in its own regard.

God of War for PlayStation 4 launches on April 20th. You can pre-order a copy via Amazon.