Maps has been a sore subject for all Windows Phone users who reside outside USA and UK. Bing Maps work great for these countries and perhaps a few more, but it pales in comparison to what Google Maps has to offer. Maps by Google cover almost the entire globe right down to the street level and are update regularly and thus quite popular amongst online map users. gMaps is an application that attempts to bring the Google Maps experience to Windows Phone. For a free app it works pretty well. GPS lock time is short and you get the exact same maps as you would on an Android Phone. The application has now gotten a Mango update. 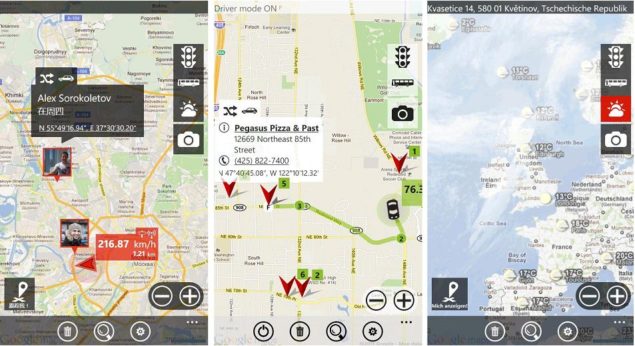 Version 1.11 brings the much requested Latitude feature to gMaps. Latitude enables you to update and share your location with your friends on the map. It's an extremely useful feature and I cannot tell you how many times I've used it. Another small update is the weather layer.

gMaps comes in two versions, a paid version for 1.99$ and a free version. The free version lacks the new update mentioned above but you still get the full Google Maps experience. Download the application from zune marketplace.