GlacialTech has launched its new CPU cooler named "Alaska". The best thing about this cooler is that its not only cost effective but when running resource hungry applications you can crank up the RPM to 700 (±300) ~1600 (±250) to manage your heat dissipation more effectively.

The design of the CPU cooler itself is pretty amazing which looks like a honeycomb of aluminium fins. The grill is also designed in such a way to reduce the wind resistance and lower the fan noise. The HSF is 6M high which transfers heat effectively. The cooler is compatible with all the latest sockets which include Intel LGA775 /1156/ 1366 & AMD AM2 / AM3 Sockets. The cooler is also bundled with thermal grease syringes of IceTherm II.

The price of the Cooler has not been confirmed but it will be of low cost as said by Glacialtech. 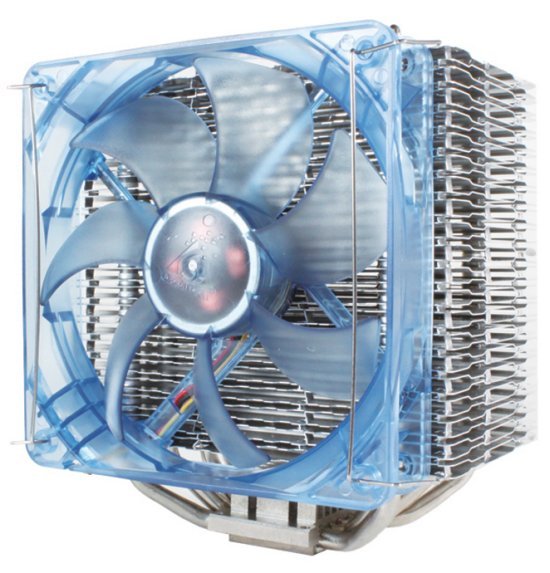 Here are the details of the cooler: