Gionee has been prepping a mysterious smartphone lately, probably the M5 which reportedly has some serious eye catcher aspects. Among the teasers which Gionee has been releasing, two batteries can be seen that worked together to give battery life that can last for four days at least. The details are in accordance with the company itself who are putting two batteries inside the shell. 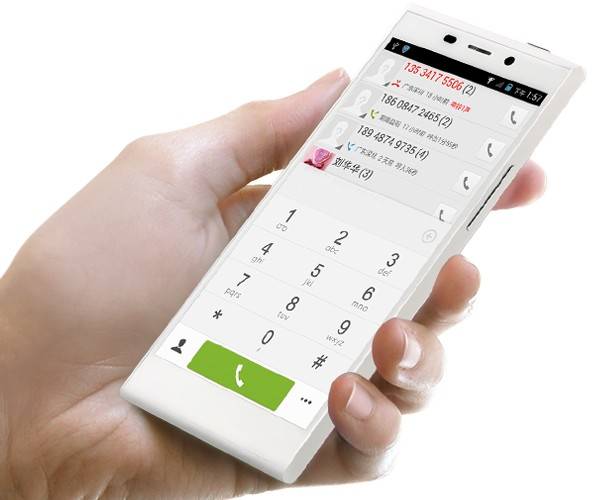 The mechanics of these batteries remain to b answered. The dual battery system works in a simple yet elegant manner. According to reports, Gionee M5 will run on a single battery life while the other one is being charge. However, when both of these batteries are charges, Gionee promises that the batteries will power the M5 for four complete days approximately.

The M5 is the successor to th Marathon M3 which was launched earlier this year. Gionee has had a wide array of scope in providing hefty battery life. For instance the M2 and M3 had 5000mAh and 4200mAh battery, respectively. But as we speak of the dual battery system, Gionee is taking power to a whole new level, as it can be seen in the teaser image below. There are two battery symbols pointing out the sweet truth about the immense battery life of the Gionee M5. 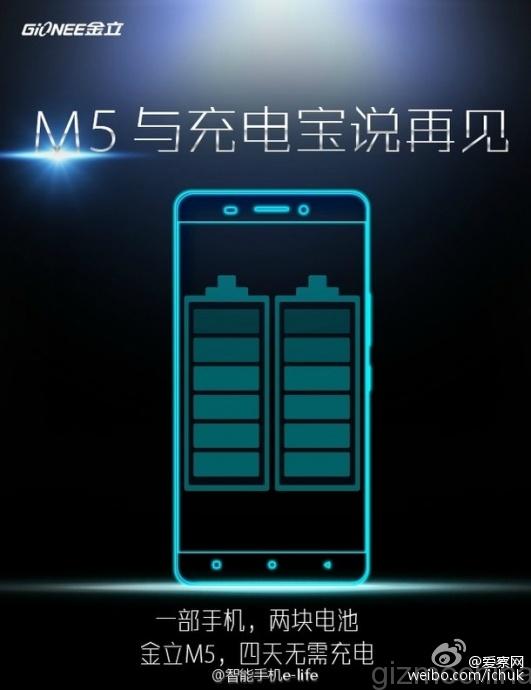 Another major aspect of the concept has flawed the criteria in mind about the dimensions of the M5. If two batteries are installed, does that mean the device will eventually end up being thick and heavy? Judging from the sourced teaser, the thickness of the device can merely be seen. However, others details related to the category are expected to be released in the coming weeks and thus more can be sorted out.

Even though there are no final numbers surfacing the internet about how much mAh will the M5's battery hold, the dual battery system in itself states that the power will be immense to run the device for approx four days. Its really good to see that smartphone manufacturers are now considering making batteries more powerful to run a single day or two. If this keeps up, there is abundant scope for it on a larger scale for it. As for now, let us know in the comments, how you liked the teaser of the Gionee M5 Battery life.