This month has been the most productive one for android users. Many smartphones and tablets running on android received updates and now the good news is finally here for HTC Desire users. 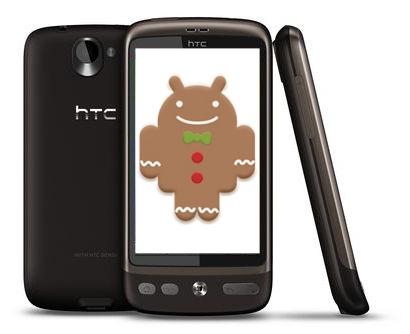 HTC has confirmed on their official facebook page that the Gingerbread update for Desire will be rolled out by the end of July as quoted in the image below.

It was further testified today when a British carrier Three notified that it will be pushing out the Gingerbread update as soon as HTC rolls it out which shows that the release is imminent. In a post on its official Twitter account, a Three representative said:

Three customers will get this update as soon as HTC release it, there is not a Three version

According to Android Central HTC at first said that it would be impossible to bring Gingerbread on HTC Desire but then things turned around and they stated that HTC Desire will get Gingerbread with Sense but some applications will be removed in order to resolve the memory issues on Desire. Which apps are these exactly? Well lets wait for the official updat to find out.

The HTC Desire Gingerbread update is currently in the final phase of testing and will be released by the end of July.