Gigabyte is preparing a new Passively cooled variant of the Radeon HD 6770 Graphics card which would feature the Silent Cell Heatsink. Expected to be available on Computex 2011, The card would be aimed towards Media PC users who want a silent working environment without compromising on performance. The card codenamed GV-R677SL-1GD features a large aluminium heatsink array over covering the PCB equipped with multiple copper heatpipes to carry away heat from the contact surface. The card is based on the re branded 40Nm Juniper XT Core.

Powered by a single 6 Pin connector, The card features 2oz copper PCB which uses high quality Japanese manufactured solid capacitors and components. The card supports DX11 and features 1GB GDDR5 memory along a 128-bit wide memory interface. A total of 800 stream processors are located on the card, GPU Core clock is maintained at 850MHz and 4800Mhz on memory. Display adapters include HDMI 1.4a, DisplayPort and DVI connector. The card will first be available in Europe for a price of 130EUR. 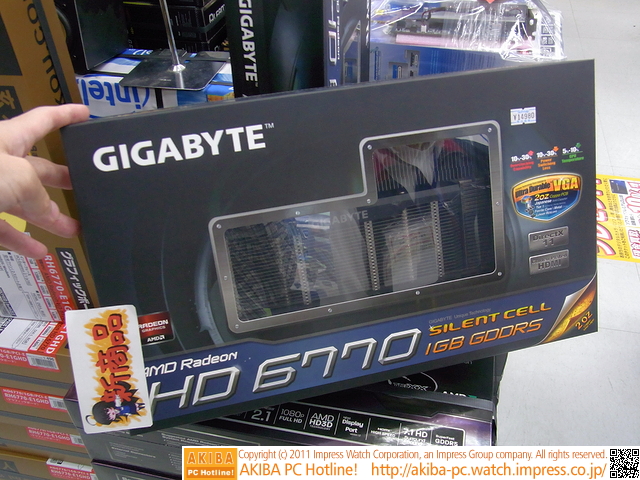 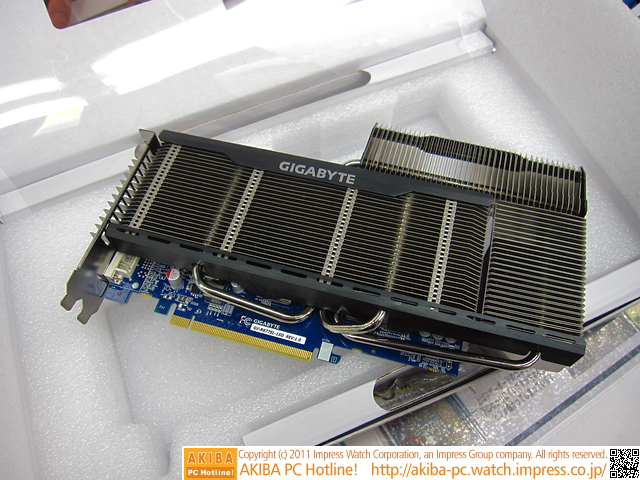