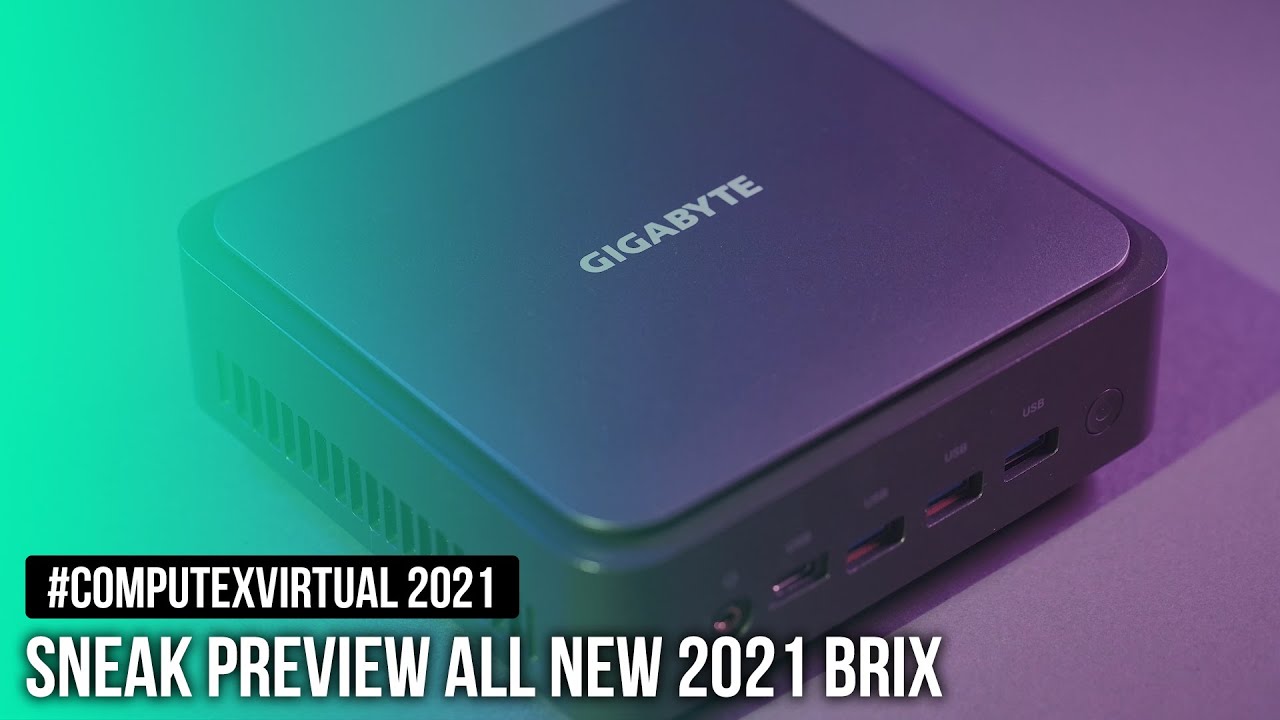 Gigabyte has unveiled its brand new BRIX Mini-PC for 2021 which is being powered by AMD's latest Ryzen 5000U Cezanne APUs. The BRIX Mini is a small form factor PC that offers great performance for business, office setups, and even as an HTPC setup.

Gigabyte BRIX Mini-PC 2021 Rocks AMD's Ryzen 5000U Cezanne APUs, Up To 2 TFLOPs of Compute Performance & Faster Than The Original PS4

While it's not stated which exact AMD Ryzen 5000U 'Cezanne' APU the Gigabyte BRIX Mini-PC uses, one can guess that we will see several configurations with the high-end being based on the Ryzen 7 5800U. The AMD Ryzen 7 5800U is an 8 core and 16 thread mobility chip that features a base clock of 1.9 GHz and a boost clock of 4.4 GHz. The APU also carries 20 MB of cache and a TDP that can be configured up to 25W (15W default). The GPU part is a Vega 8 chip with 512 cores and a 2000 MHz clock speed.

According to Gigabyte, the BRIX Mini-PC with AMD Ryzen 5000U APUs will deliver a 16% increase in single-threaded and 14% increase in multi-threaded performance compared to the Renoir Mini PC. The APU will also deliver a maximum theoretical compute performance of 2.048 TFLOPs. This puts the BRIX Mini at faster levels of performance than the original PS4 which offered 1.84 TFLOPs and Xbox One which offered 1.31 TFLOPs of compute power.

Two versions of the Gigabyte BRIX Mini-PC have been announced. A tall version that allows users to install a 2.5" SSD/HDD and a slim version that lacks that capability. Power is provided from either a 90W or a 135W AC-DC adapter. There's also a VESA Mounting bracket that ships with the Mini-PC. As for upgrade options, users have two upgrade kits to select from which include an I/O expander for adding a 2nd LAN and RS232 communication port & a storage expander for adding 2 additional M.2 SSDs for a total of 3 SSDs.

Some technical specifications of the Mini-PC are provided below:

Gigabyte's internal test results show that the new 2021 BRIX Mini-PC produces just 35 dbA noise at boost mode which has an operating TDP of 37.5W for the AMD Ryzen 5000U Cezanne APUs. In idle mode, the noise level stays at a steady 20 dbA. The BRIX Mini-PC is expected to be available in the third quarter of 2021.