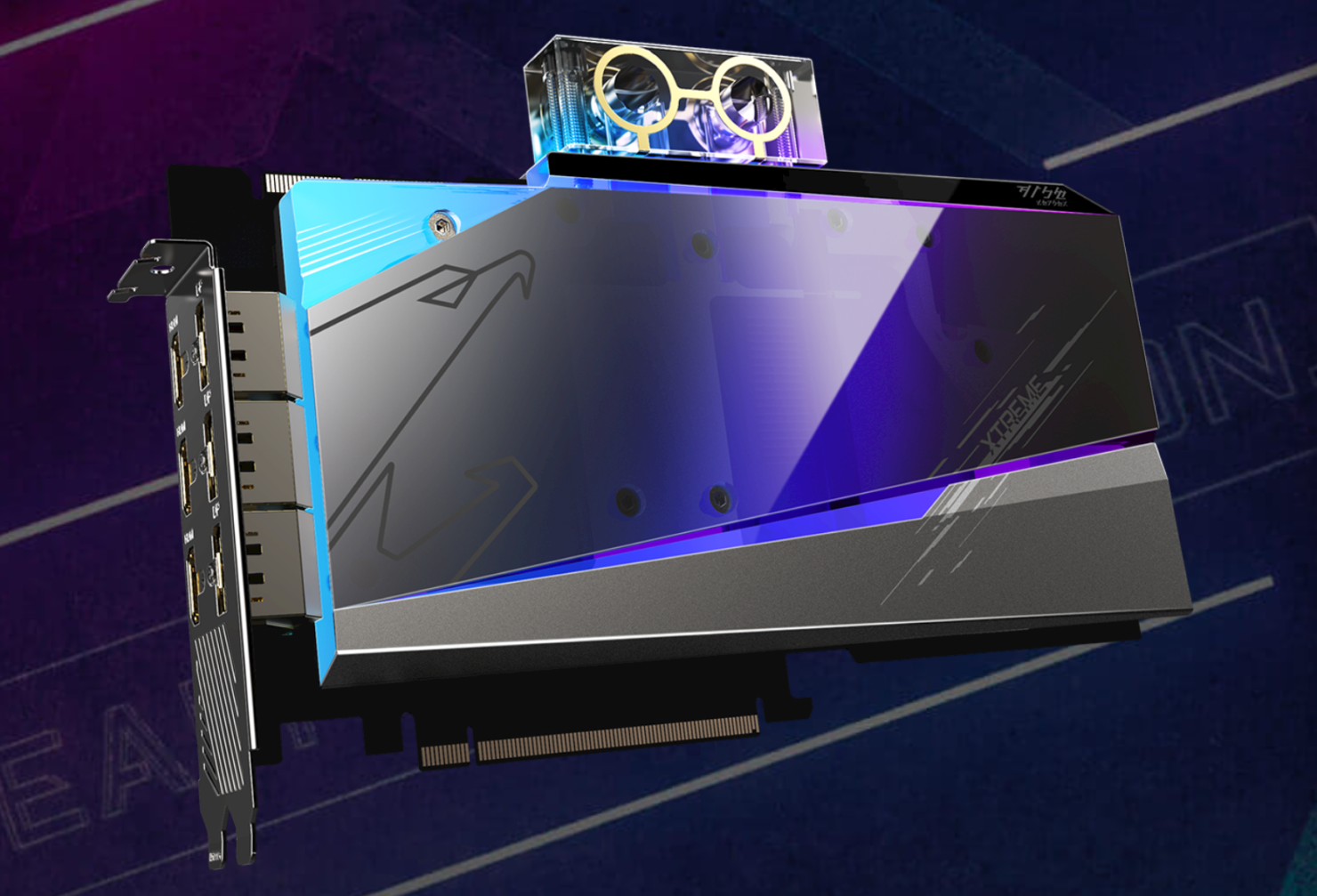 In the latest pictures leaked by Videocardz, we get a good look at the Gigabyte Radeon RX 6900 XT AORUS Xtreme which comes in the Waterforce WB variant. Do note that the AORUS Xtreme cards come in three variants, a standard air-cooled, an AIO liquid-cooled, and a custom-loop design that we are looking at over here.

The Gigabyte Radeon RX 6900 XT AORUS Xtreme Waterforce WB comes with a dual-slot design that has a pre-installed water block on the front and a full coverage backplate. The graphics card is very long and comes with a custom design. It is likely that Gigabyte is using the AMD Navi 21 XTXH GPU on this card considering its premium nature and the fact that the XTXH GPUs are pre-binned & aim at the overclocking / enthusiast segment.

As for the design of the Gigabyte's RX 6900 XT AORUS Xtreme Waterforce WB, we get a solid aluminum shroud with dark grey accents and a large acrylic cut-out that has RGB LEDs embedded within it. The tubing goes in the side of the card and in terms of I/O, you get dual HDMI & dual DisplayPort outputs. Power to the card is provided through a triple 8-pin connector config which suggests that the card will rock a factory overclock out of the box. There's a large AORUS & a small Radeon logo on the side of the water block.

We don't have any specific launch date or pricing for the card yet but one thing is sure that it will be priced over $2000 US given its extreme design and premium nature. The Gigabyte Radeon RX 6900 XT Waterforce WB will also not be a mining favorite card due to its custom-loop design.