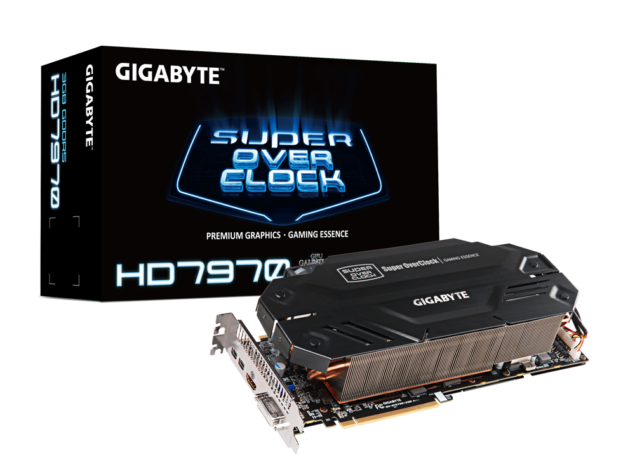 The Gigabyte R7970 Super Overclock Edition is codenamed GV-R797SO-3GD and features the Tahiti XT Core clocked at an impressive 1080MHz and consists of a 3GB GDDR5 (384-bit) memory running at 5.5GHz effective frequency.

With such a powerful designed card, Gigabyte thought of nothing less but to equip this beast with its recently launched Super Overclock series cooler which covers upto five expansion slots leaving room for only one additional  card to be Crossfired. The cooler consists of five small fans etched at the side of the aluminum fin array block instead of the top. This design effectively helps to cool down the heat.

The minimum PSU requirement is 550W, Display outputs include 2 Mini DP, 1 HDMI and 1 DVI output. Current price of the GPU is $500 US.