RumorPedia.net has acquired some exclusive details on the upcoming AMD Bulldozer Processors. The Details were given out by a picture which was given out by Gigabyte’s corporate network. The picture which you can see below has some interesting details on an Unlocked FX Series processor with CPU-z and a few benchmarks running in the background. 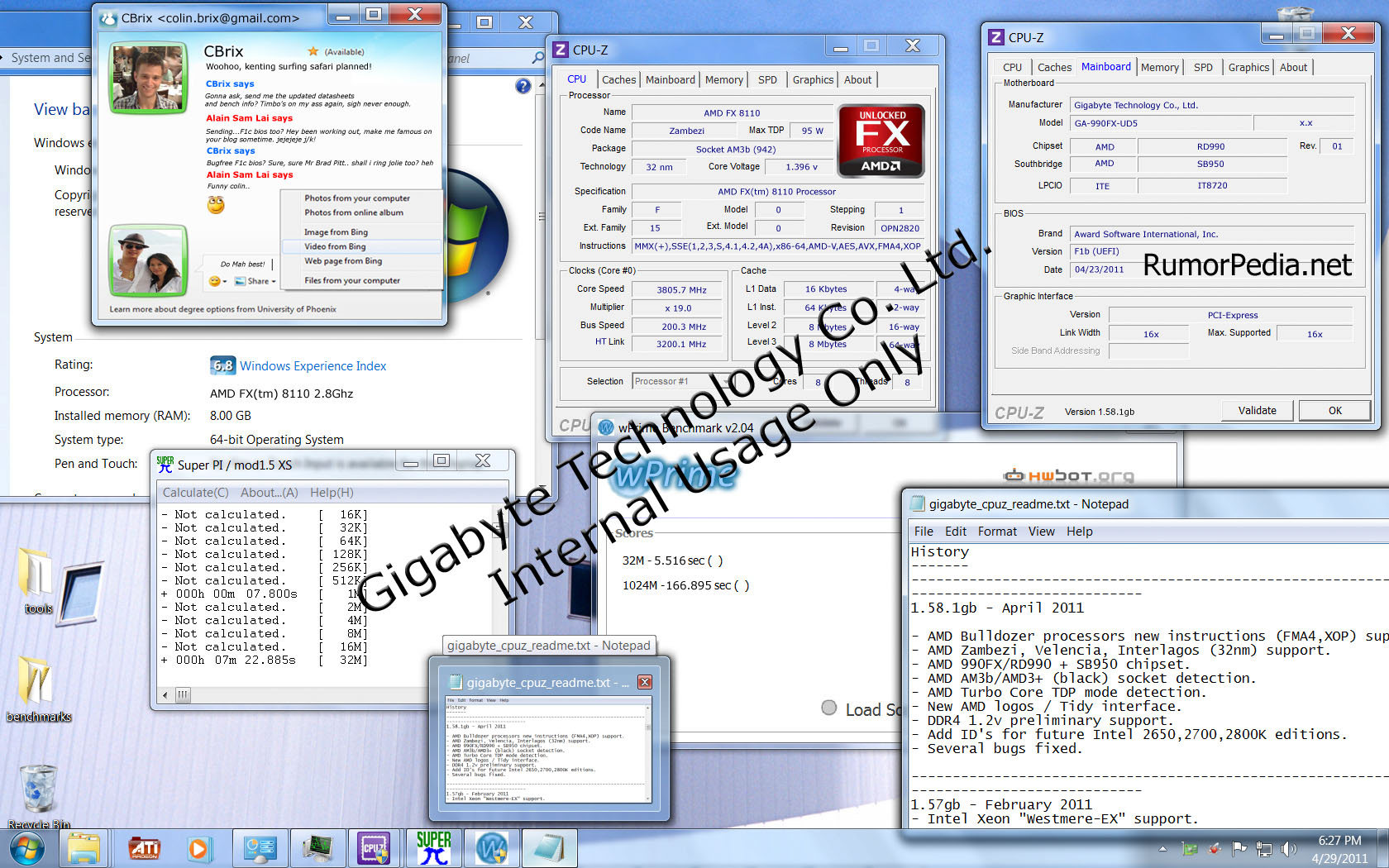 The CPU-z is an updated version with the following log:

According to the Gigabyte CPUZ History:

The CPU "AMD FX 8110" has a core clock of 2.8Ghz as seen from the windows experience index however CPU-z shows its running at 3.8Ghz which is because of the AMD's Turbo boost technology, The socket supported by the chip is Socket AMD3b 942 and has a maximum TDP of 95W. The CPU consists of 8 cores and 8 threads, 8MB of L3 Cache and an Unlocked Core. Instructions supported are seen in the CPU-z tab.

The AMD Bulldozer based platform along with Llano AMD Fusion are going to make debut at this years Computex 2011. You can check out more here.

Update: Gigabyte has confirmed that the Details are Fake.