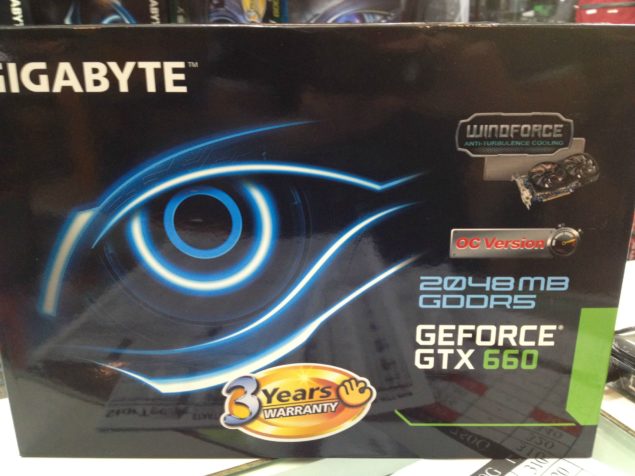 The Gigabyte GeForce GTX 660 OC which comes with WindForce 2x cooling design has been spotted in an Malaysian store based in Kuala Lumpur.

The WindForce 2X OC GTX 660 packs the latest GK106 core architecture which features 960 cores clocked at 1098MHz and a 2GB GDDR5 (192-bit) memory running at the reference 6008MHz. The card has 2-Way SLI support and display outputs include two DVI, HDMI and a Display port.

Videocardz managed to get a few shots of the GPU earlier which revealed that the WindForce 2x cooler on the new card is slightly different than the Ti model. The cooler comes with a fairly large aluminum heatsink block and has around four copper heatpipes running through it which are cooled by dual fans. Being an overclocked model, we can assume that the card is powered through two 6-pin PCI-e connectors.

In similar news, Arabpcworld managed to get their hands on a reference GTX 660 and had a Unigine Heaven 3.0 run with it, Benchmark settings and score can be seen below: 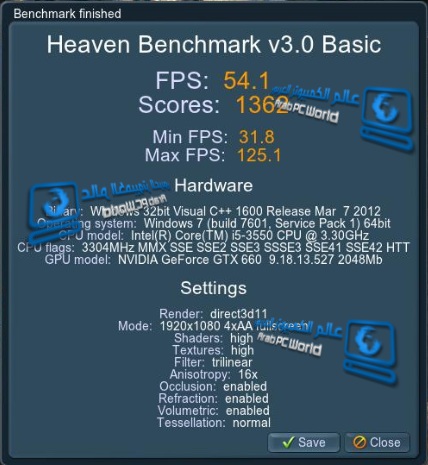 Price would be set at $249 at launch and we would see launch three days later on 13th September.