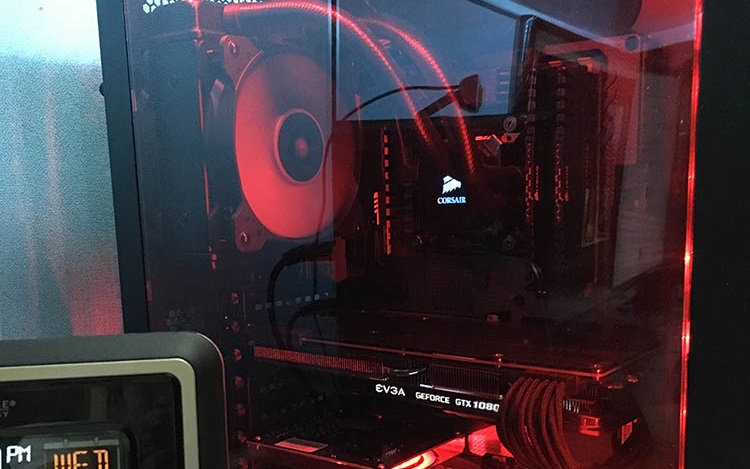 NVIDIA's flagship GeForce GTX 1080 graphics card will officially start selling tomorrow in retail stores. The card will be available in reference flavors but soon be followed by custom models which are being teased by NVIDIA AIB partners. Videocardz managed to leak pictures of two new custom GeForce GTX 1080 graphics cards from EVGA and Gigabyte which adopt a beefy cooling system and a non-reference PCB design that is geared towards enthusiasts.

Custom Models of the GeForce GTX 1080 are ready to ship to enthusiasts and overclockers!

The reference edition that is also known as Founders Edition will start selling from tomorrow at a price of $699 US. Our sources have told us that AIBs will have NDA lifting on the custom models the same day but we are not sure if those cards will be available on retail by tomorrow. The custom models of the GTX 1080 graphics card will hit retail with a starting price of $599 US. The more beefier designs could be sold at even higher prices than the reference model but that is just our speculation right now.

While the custom models will include some beefy cooling designs, they will also ship with non-reference PCBs that would allow more current to flow into the GPU and VRAM to allow better overclocking. According to a slide posted by Inno3D, the 8-Pin solution on the reference cards is good for most users but it also limits power to the GPU while overclocking. 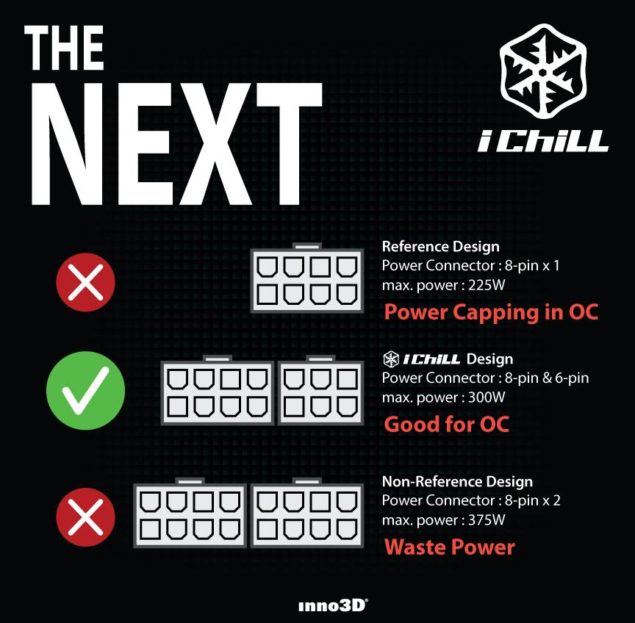 Inno3D's custom GeForce GTX 1080 iChill will feature a 8+6 Pin solution which they believe is great for overclocking. Inno3D also call dual 8-Pin boards as waste of power however we have seen the benefits of extra power connectors on graphics cards such as the EVGA K1NGP1N and MSI Lightning cards that can overclock really well.

Gigabyte's graphics card was the first custom model to be teased and it is the first model that we are looking a better look at. The GeForce GTX 1080 Xtreme Gaming is a beast in terms of cooling with a beefy cooler that is two slides wide and a cooler shroud that features 4 fans. The all aluminum black color heatsink is cooled by 4 fans. It is really hard to notice the fourth fan since it is placed on top of the middle fan and is smaller at around 90mm. The shroud has LED illuminated columns which lead to the Xtreme Gaming logo in the center. 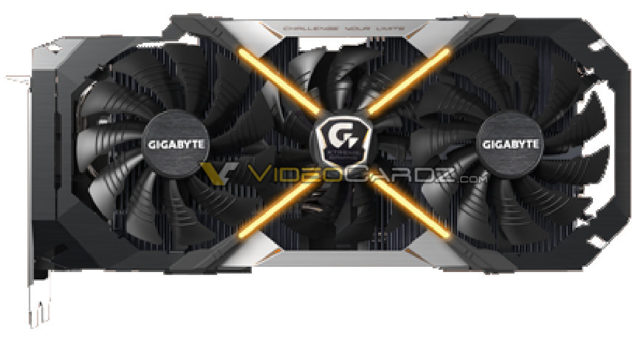 We don't know the purpose of the fourth fan right now but it could possibly be a solution to cool the card when the other fans are switched off in idle mode. The small fan could dissipate small amounts of heat while not producing a lot of noise. The graphics card features a fully custom PCB design that could feature up to two 8-Pin connectors. This graphics card will surely be selling at a high price point but will deliver much more overclocking and gaming performance compared to reference models.

The second card we are looking at today is from EVGA who are developing their new cards based on the ACX cooling design. The graphics card pictured is an GeForce GTX 1080 Superclocked that comes with a black color backplate, two large aluminium heatsink stacks featuring heatpipe cooling and cooled by a dual fan solution. This card is also powered by dual 8-Pin connectors and features the illuminated logos on the sides which look great as always. Due to design similarities with the ACX 2.0, we aren't sure if this is a new cooling system or the same one but knowing EVGA, they could surprise us with a next-gen design. 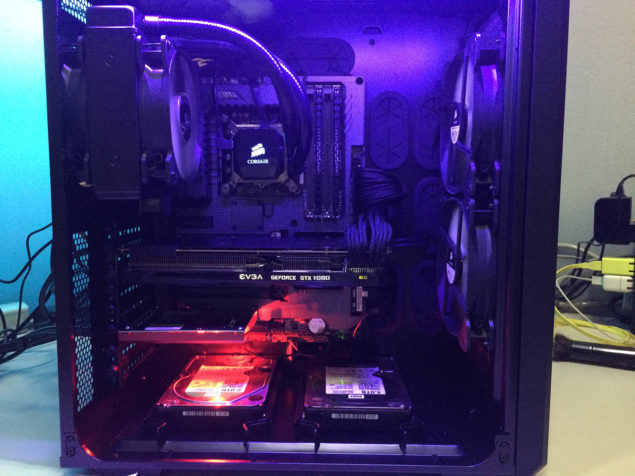 The GeForce GTX 1080 officially launches tomorrow. The custom models such as the Xtreme Gaming are going to be showcased and launched at Computex while users will be available to purchase Founders Edition and non reference cards tomorrow at a starting price of $599 US / $699 US.