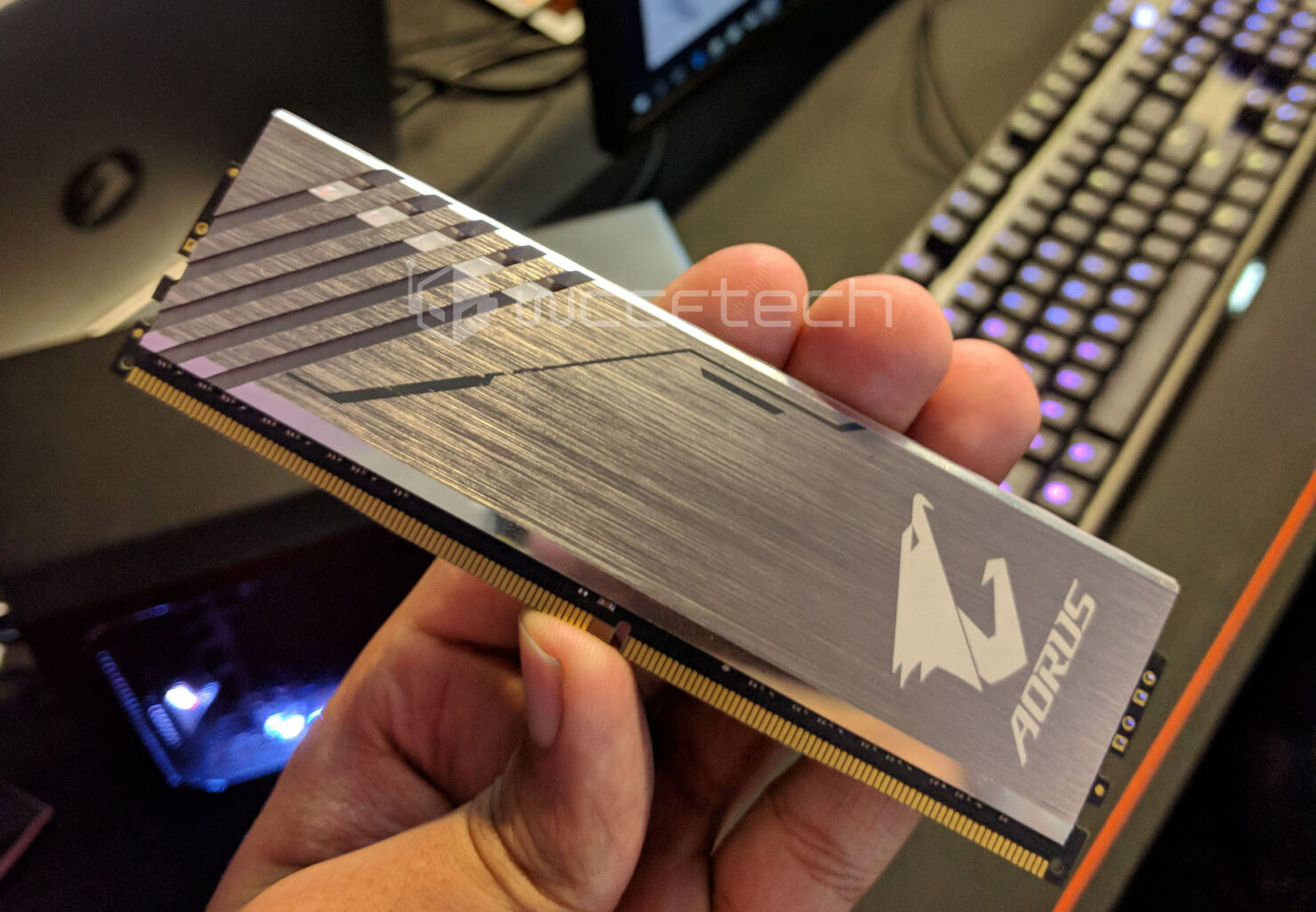 We visited Gigabyte's booth yesterday and saw some pretty interesting things. One of the most impressive innovations at Computex for the PC hardware space is their new AORUS RGB memory stick lineup. RGB is old and boring now right?

Well, AORUS actually solved a long standing problem that memory kits have had for a long time: namely what happens if you buy a dual-ram kit and want to fill the whole slots for that delicious looking RGB effect? The solution? dummy rams included which only do the glowing bit. 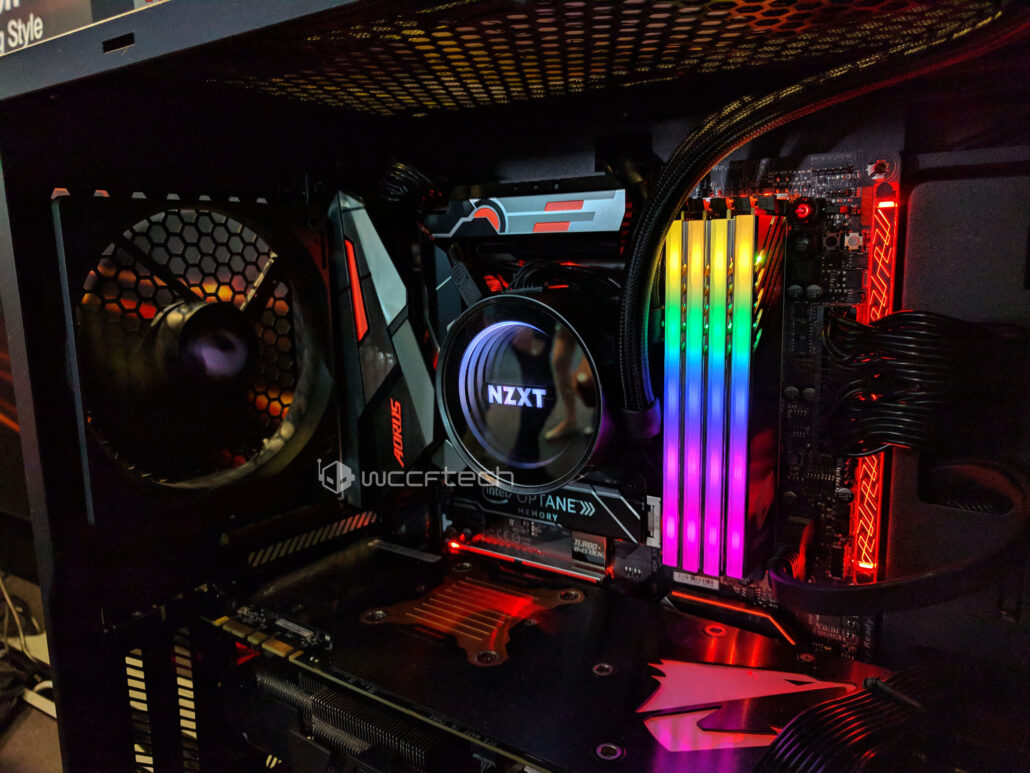 The AORUS RGB Ram Kit - two of which are dummies only for lighting purposes.

This was a well known design issue and previously you just had to by more ram or get a quad channel ram kit of the same capacity (and limiting your future expansion). This new idea will allow users to have complete peace of mind and start of with dual channel ram kits and enjoy the two complimentary dummy RAMs included and allow them to achieve a perfect RGB RAM look.The Aorus RAM is beautifully designed and has a very classy look and feel to it.

Comparison between the dummy ram and the real ram can be seen in the picture above. Most of the time they will look and feel virtually identical but if you look closely towards the edges you will see some missing circuitry on the fake one as well as plastic combs for where the teeth usually are. Interestingly, and this is very impressive by the way, the fake ram actually uses the ram slot for providing power to the LEDs and syncing it with the RGB software.