Giants Uprising is Coming to Early Access on November 2

VARSAV Game Studios announced a game where you play as a powerful giant who breaks free from enslavement to get their revenge on the human race. The game's name is Giants Uprising, and it will be launching into Early Access on PC.

CEO of VARSAV, Lukasz Rosinski, had the following to say:

We’re very proud to bring Giants Uprising to PC gamers on November 2. In our adventure, you play as a heroic giant trying to free your people from the tyranny of human slavery. We first announced Giants Uprising at Gamescom back in 2019 and we’re thrilled to reveal our brand new trailer at this year’s Gamescom.

You can view the aforementioned trailer below:

Additionally, VARSAV is offering a special Limited Early Access Edition of Giants Uprising, which will only be available during the Early Access period. The special edition includes features such as a squeezable stress sheep, a "morning massacre" scented candle, a leather bracelet, a coaster, a t-shirt, and the game's early access code. 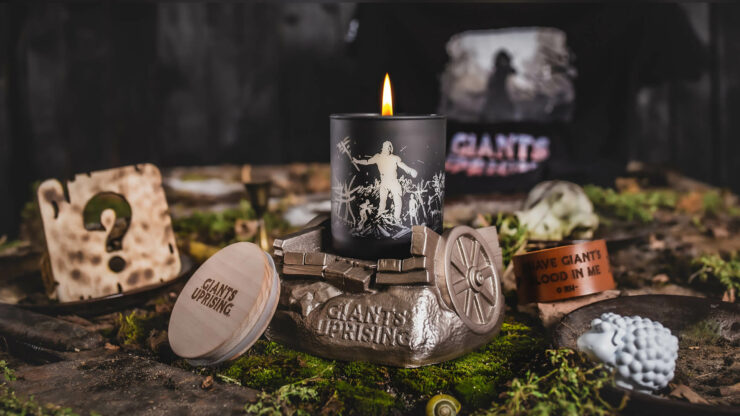 If you want to know more about VARSAV Game Studios, we provided a preview look at their previous game: Bee Simulator. The game was released in November 2019 on PC and has been met with a rather mixed reception.