Geoff Keighley Shares his Thoughts on Slim Versions of the PS4 & Xbox One, Exclusivity and E3

In the latest podcast of The Inner Circle, Geoff Keighley, one of the most connected journalists in the industry, shared his thoughts on a few topics including a possible release of slim versions of the PlayStation 4 and Xbox One. 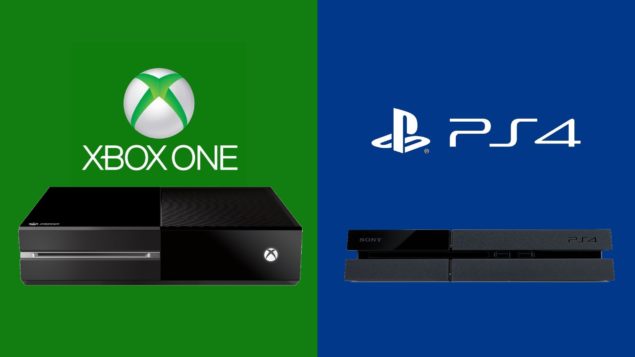 What I do think is that the idea of the same console platform staying as a locked target for five, six, seven years is not gonna happen, and I wouldn’t be surprised if we started to see Xbox and PlayStation start to iterate on the hardware a lot quicker.

I would Imagine, I don’t know, but I would imagine that the Xbox One is gonna do a refresh of the box at some point soon, much like they did last generation. You know, that’s a big piece of hardware for what’s inside of it.

The slim versions will come probably for both platforms in the next couple of years, but what will be interesting is, will they keep the hardware the same, or will Microsoft say hey, we actually wanna improve the graphics chip.

That’s something that happens all the time in the PC space or in the mobile space. […] Traditionally consoles have always kept things the same, but I wonder now in the space with so many mobile phones iterating as quickly as they are, would Microsoft say “hey, we’re actually gonna improve the graphics, we’re gonna add more memory to the system.

The challenge is do you alienate the old consumers that brought the system and can’t upgrade… On Xbox 360 they brought up the system and a year later they decided to add an HDMI port to it. Everyone that didn’t have an HDMI Xbox was really upset at the time.

The way an executive at Microsoft described it to me was like “we see this console serve like cars. Every year there’s gonna be a new model of this Ford or this BMW that will come out, and they have some new features. We may start to upgrade like that.” They didn’t end up doing that in the Xbox 360 era, but I do wonder, and this is not specific to Xbox, I think it’s fore every console manufacturer, at what point do you start to kinda improve the hardware, because I do think it’s gonna be hard for these systems to stay static for five plus years in this environment.

There have been rumors floating around that both Sony and Microsoft are preparing new versions of their consoles that will have support for 4K Ultra HD video playback. The HEVC codec will require a hardware upgrade, so a new slim version of each console could be introduced that supports it. While any other hardware upgrades are implemented remains to be seen, the use of more efficient and cheaper components is almost a certainty, as both console manufacturers need to lower production costs as well as to be more energy-efficient.

Geoff, continues to talk about his expectations for E3, what game could have the biggest impact, as well as exclusivity.

What game will make the biggest splash? Wow… it’s a little hard to say right now. My hunch is that it’ll be something that we don’t know about and hasn’t been announced yet. Some kind of surprise game.

We know Uncharted will be big, we know Halo will be big. Those are known quantities, we know Call of Duty will be there, there’ll be another Assassin’s… Hopefully there will be something that comes out of nowhere and just blows people away. That’s what we all live for. That’s what we love of E3, the surprise that we didn’t know was coming and blows us away.

What third party exclusive megaton will there be… I don’t know… It’s tough because I remember there was all the drama… Tomb Raider last year and then Street Fighter… I guess there will be something like that, but I don’t really love the idea of games just being on one platform, one audience celebrating, and the other audience being upset about it.

Everyone should play great games. I can tell you a lot of the people I know who make first party games just for one system, nothing pains them more than the fact that there are a bunch of people that are never gonna enjoy their game.

The guys at Naughty Dog, they don’t like that people on Xbox can’t play their games… There’s benefits to make games just for PlayStation, because they can really max out that platform, but I think everyone as a game maker wants to have as many people experiencing their games as possible.

Maybe there’ll be a business deal that will shock people… You know, this game is gonna come exclusively for this period of time on a platform. And I think they’re cool announcements, but I just don’t know if there’s anything that’s going to shift the momentum dramatically.

Exclusive deals are sometimes the only way for some developers to get their games funded. For them it's really hard knowing that many gamers will not get to experience their game. Keighley also explains that so far into this generation he hasn't been truly blown away yet, and that is what he is hoping for from this year's E3.

It’s competitive and I know everyone and all the companies they love to get a deal and feel that they won E3 […] It’s a point in time when everyone wants to win, so I get it, but at the end of the day I just want to see a lot of great games, and after a year or so, so far, there hasn’t been a lot of truly amazing stuff. I just wanna be inspired and excited about being a gamer. That’s what I wanna see at E3. 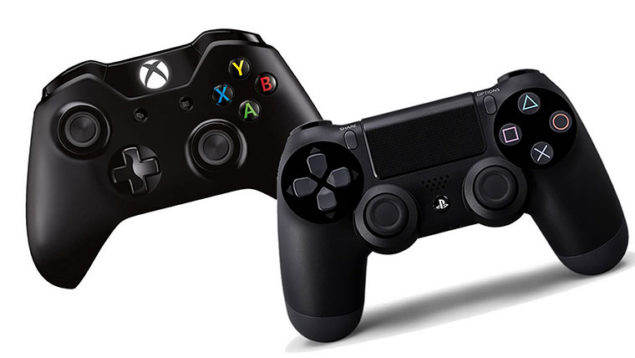 While it is true that having a specific hardware platform such as the PS4 and the Xbox One, can help development dramatically, and exclusive development environments tend to produce incredible results, the fact remains that both current-gen consoles are extremely underpowered.

The implementation of new API's that take full advantage of the new hardware could help to alleviate some of the hardware limitations that are present at this point. With DX12 the Xbox One will see some gains, it also benefit from the cross-platform development between the console and Windows 10. While the PS4's API is remarkably "close to the metal" even more so than Mantle or the new Vulkan API, it still does not take full advantage of the GCN architecture inside the PlayStation 4. Implementing the new Vulkan API could benefit development immensely and could also make cross-platform much easier for developers. Although it is something that Sony will probably not allow.

E3 will most certainly have quite a few big announcements from both Sony and Microsoft, and some very exciting titles will be revealed. EA and Ubisoft will also have some very nice footage to demonstrate that will likely astound us. We may even get a surprise from Bethesda this year. As for Nintendo, it remains to be seen. With The Legend of Zelda not making an appearance, there's not much that they can show that will blow us away. The new Starfox will most likely be revealed so that's something. A new Mario game was discussed by some publications but personally I doubt that is happening at least not a new major Mario release, as the father of Mario, Shigeru Miyamoto himself, already discussed that they are planning to bring the red plumber back in a big way with their next console. A new Super Mario 3D World though could be possible for the Wii U at this point.

What are your thoughts regarding the aforementioned subjects? Please share in the comments below.

We will bring you any new information on all of these subjects as soon as it becomes available, as well as full coverage of the E3 2015 event in June. Be sure to check out our previous coverage here and here.