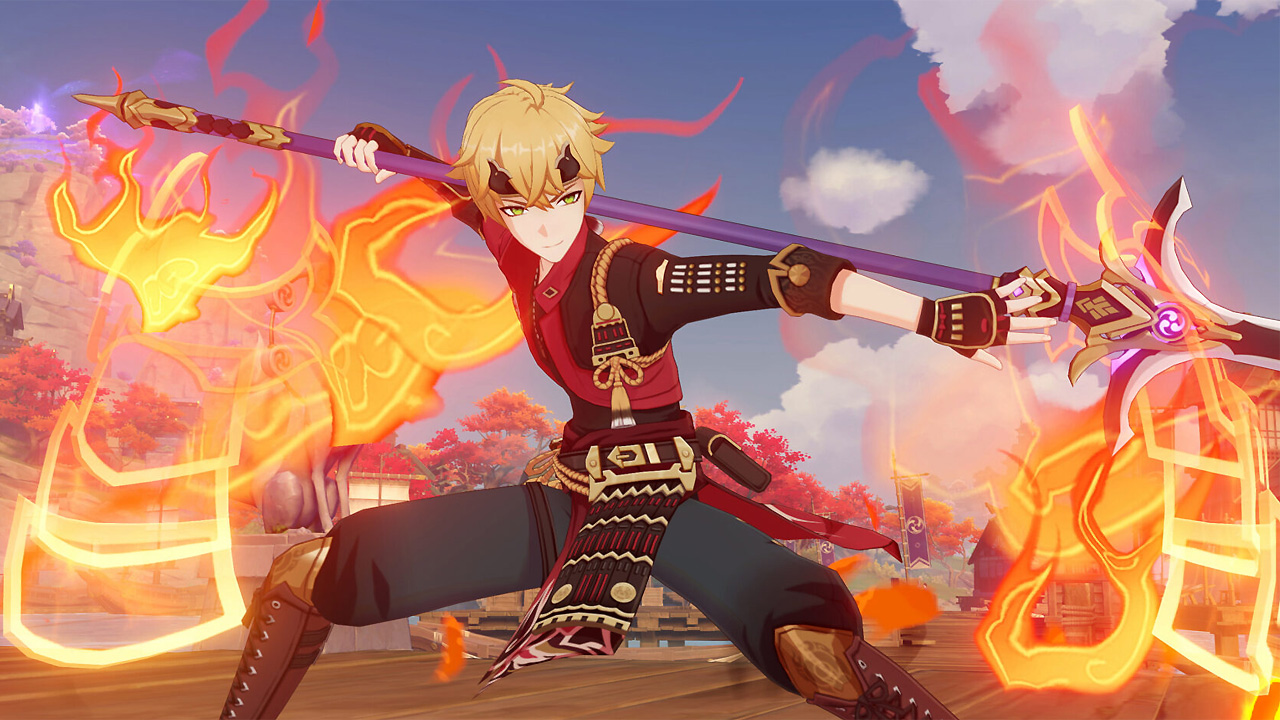 The next major update for Genshin Impact, version 2.2, will arrive next week, and will bring with it a wide array of new content. On the character front, the new 4-star Pyro user Thoma joins the lineup, while Horizon Zero Dawn’s Aloy will become available on all platforms (rather than just PlayStation). Meanwhile, the last major Inazuma island, the foggy Tsurumi, will be unlocked, new events will be rolled out, and Dualsense controller support for PC players will be added, to name just a few of the ver. 2.2 bullet points. You can check out a trailer for the upcoming update, below.

Here’s everything you need to know about Genshin impact ver. 2.2:

Thoma, the popular “fixer” who made his debut in the Inazuma storyline, will be joining as a new four-star playable character. Thoma holds a Pyro Vision and wields a polearm as his weapon. He is also a reliable teammate in combat, providing strong defense and buffs. Players may recruit him in the second Event Wish featuring Thoma and Hu Tao after Childe’s return in the first Event Wish. Hangout Events for Thoma and Sayu will also be available with Version 2.2. Meanwhile, players who have not claimed “Savior From Another World” Aloy will be able to receive this five-star crossover character for free. 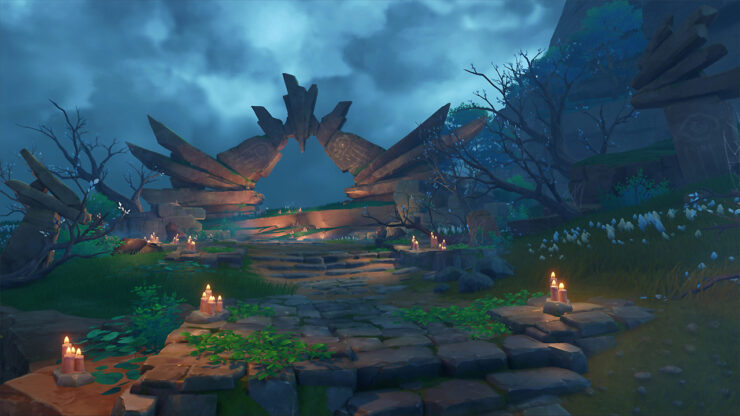 Tsurumi Island, the last major island of Inazuma, is finally open to Travelers with Version 2.2. The island is shrouded in dense fog, and players may easily get lost and encounter unprecedented challenges while exploring this area. Tsurumi Island appears to be the focus of recent research by a scholar from Sumeru. In the “Shadow of the Ancients” event, players have to accomplish investigation commissions across Mondstadt, Liyue, and Inazuma to defeat an “Anomalous Model Ruin Grader” that seems to be constantly drawing power from an unknown source of energy to regenerate itself.

A brand-new series of seasonal events is also here along with the new update. In the “Labyrinth Warriors” event, players can venture into a mystic domain in Inazuma with “Childe” Tartaglia, Eleventh of the Fatui Harbingers and Xinyan, Liyue’s rock ‘n’ roll musician. You will also be accompanied by a strange paper figure named “Shiki Taishou” who can provide special help and buffs. Tough fights and valuable rewards in the event shop await brave warriors. With another seasonal event “Tuned to the World’s Sounds”, players can enjoy the rhythm game and play different styles of music with Ningguang, Zhongli, Keqing, Xiao, Sangonomiya Kokomi, Kamisato Ayaka, and the Raiden Shogun.

With Version 2.2, plenty of optimizations will also be added to the current gameplay, and DualSense Controller support will be available on Genshin Impact‘s PC version for the first time. More features are added into the Serenitea Pot, including a new Inazuma-themed realm layout “Silken Courtyard,” more Inazuma-style Furnishing Blueprints, a new furnishing type, Floating Platform, and flowers that can be used as furnishings from the limited-time “Dreams of Bloom” event.

This update may be a little light on waifus, but otherwise, seems like a fairly solid collection of stuff. In other Genshin Impact news, miHoYo has also announced a partnership with Razer to produce various Genshin-themed peripherals. A custom-tuned THX Game Profile which will provide better surround sound to those with fancy headphones has also been provided.