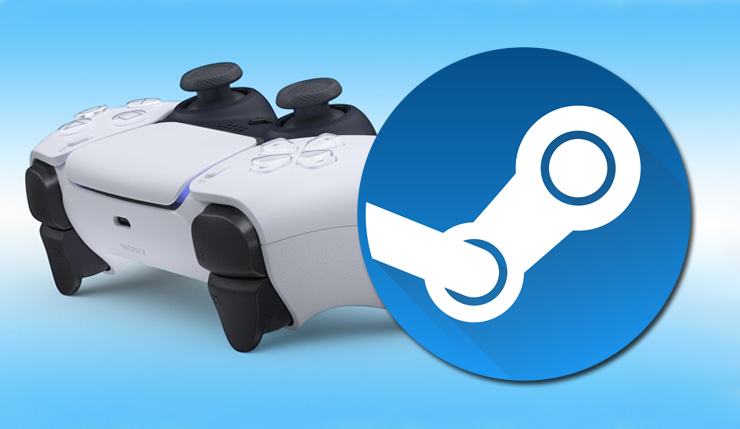 So, you’ve just got yourself a new PlayStation 5 and are loving the DualSense controller, but want to play one of your PC games – is it back to mouse-and-keyboard or an Xbox/PS4 controller for you? Not necessarily! Steam already featured very rudimentary DualSense support, our own Kai Powell even created a guide for connecting the controller, but now the Steam Input API has added official support for Sony’s new gamepad. This means you can set up control configurations much more easily and hop right into games like Death Stranding and Horizon Zero Dawn. Most of the controller’s basic features are now also supported. Here’s what the DualSense being added to the Steam Input API means…

Valve definitely rolled out Steam DualSense support faster than other controllers, and there’s a good reason for that – more people are playing PC games with gamepads than ever before. According to Valve, the number of people playing PC games with controllers has doubled in the past year, with as many as 60 percent of people opting out of mouse-and-keyboard for “controller-friendly” games. I’ll admit, at this point, I’m playing the majority of my Steam games with a controller. Obviously, I still use mouse-and-keyboard for some things (shooters, strategy, old-school adventure games), but why struggle with a third-person action game when I can just plug in a controller? The right tool for each job.

DualSense support is currently restricted to Steam beta testers, but it should roll out to everyone soon. Hopefully some of the controller’s more advanced features, like its adaptive triggers, will eventually be supported as well.