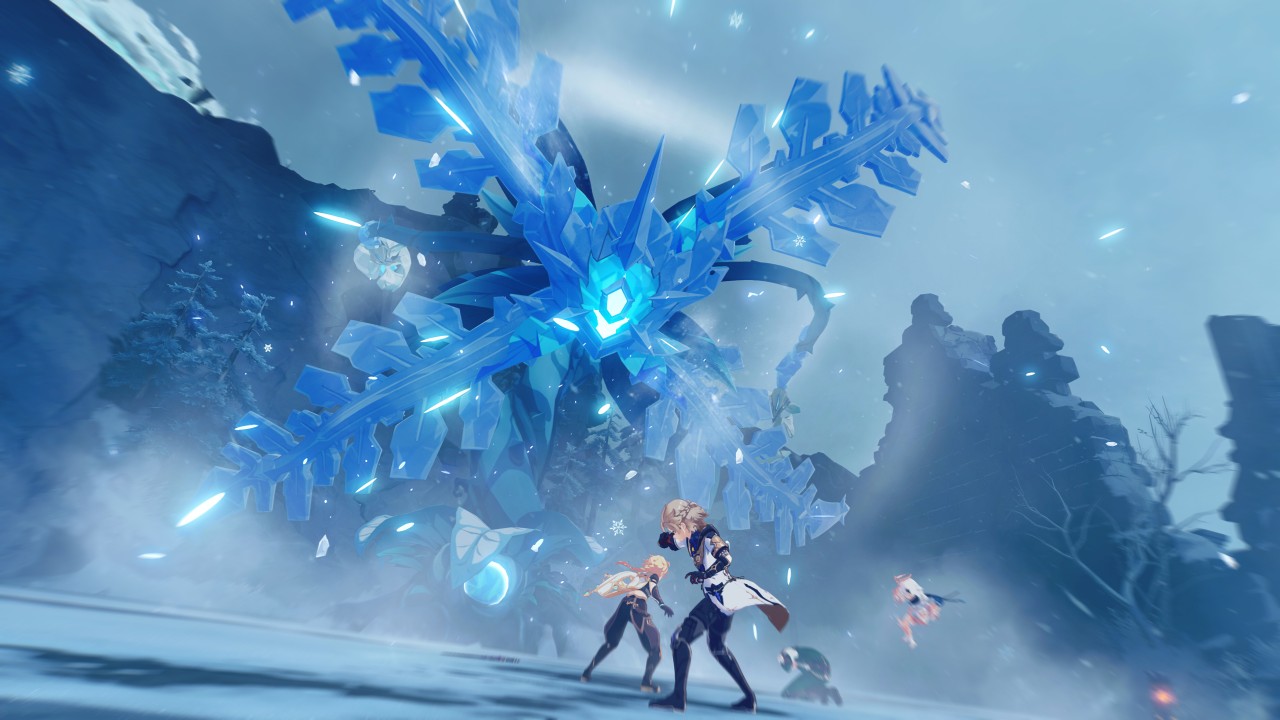 The next big Genshin Impact update, called The Chalk Prince and the Dragon, has been detailed in full with the release of the update notes.

The 1.2 update will introduce, as previously announced, a new area called the Dragonspire.

◇ New Area - Dragonspine: Travelers will be able to put their adventuring skills to the test in the Subzero Climate of the all-new Dragonspine area. Here, Travelers will discover a whole new exploration experience, filled with various puzzles as well as new quests and mechanisms awaiting at every turn.

◇ The ancient tree that should have slumbered forever under the ice and snow has sprouted scarlet sprouts anew. Offer the Crimson Agates scattered all over Dragonspine to this tree, and you may obtain just rewards in return...

◆ Level up the Frostbearing Tree to obtain rewards that include Acquaint Fate, Intertwined Fate, a wind glider, Weapon blueprints, and Gadget blueprints.

◆ Challenge the Domain to earn artifacts from the Blizzard Strayer, Heart of Depth, and other sets.

◇ A genius known as the Kreideprinz, he is the Chief Alchemist and Captain of the Investigation Team of the Knights of Favonius.

◇ The secretary at Yuehai Pavilion. The blood of the qilin, an illuminated beast, flows within her veins.

The Genshin Impact 1.2 update also brings new events, new equipment, new world quests and more. You can learn more about the new content by heading over to the game's Official Website.

Genshin Impact is now available on PC, PlayStation 4, iOS and Android. The game will release on Nintendo Switch on a yet to be confirmed release date.