Genshin Impact, the new free-to-play open-world RPG from Chinese developer MiHoYo launches in full this coming Monday. While Genshin Impact was originally criticized for its similarity to Nintendo’s The Legend of Zelda: Breath of the Wild, the game’s betas have been fairly well-received. Personally, I quite enjoyed my time with the beta (read my full impressions here), as the game’s world and combat is more engrossing than you might expect. Yes, it is very similar to BOTW in some aspects, but hey, imitation isn’t always a bad thing if you can pull it off.

That said, there are still some outstanding questions as Genshin Impact approaches its launch date. What content will be included in this full-release version? And what’s next in terms of updates? Oh, and what about that promised Nintendo Switch version and possible next-gen console updates? Get the answer to these questions and more in the following full interview with the makers of Genshin Impact…

Can you provide an overview of the content players can expect from the full-release version of Genshin Impact? Will it be similar to the betas, which only contained one region and two main cities, or is the amount of content expending?

As an open-world action RPG, the core aspect of the Genshin Impact gameplay experience is adventuring in the open world. In addition to the main storyline, many adventures are available for players to pursue, including domain challenges, gathering items and resources out in the wild, and completing random quests. Compared with the previous beta test versions of Genshin Impact, the release version will include optimized gameplay and mechanics based on feedback from players and from our friends in the media. These optimizations address adaptation issues and issues with co-op mode.

At one point, you promised as many as seven city states to explore. Is that still happening?

At the time of launch, Genshin Impact will feature the first two of the seven major cities to appear in Teyvat, namely Mondstadt and Liyue. We are currently planning and creating the third major city. Genshin Impact will be a game for the long term. We will be continually releasing new content — including the remaining cities, amongst other things — after it officially launches, so please stay tuned.

At launch, can those who want to play Genshin Impact as more of a traditional action-adventure experience a full, satisfying story? Or will they be left with a cliffhanger?

What does the future roadmap for Genshin Impact look like? Will we be getting new characters and perhaps expansions to the world on a regular basis?

Genshin Impact has been conceived as a live service game. More characters are in the pipeline, as well as additional cities and maps.

Any hints about future characters you're working on? Any you're particularly excited about?

Every character in Genshin Impact wields a single element, from which their skills and combat style are derived. Each character has their own unique role, and we treat all of them with equal love. 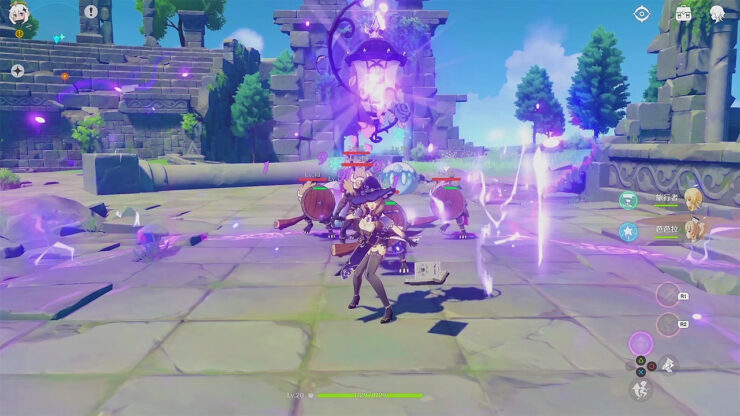 Are there plans to further expand the game's multiplayer beyond co-op? No pressure, but I bet you could make a pretty good battle royale with your open world.

Genshin Impact was conceived as an immersive open world experience, combining both single-player and co-op to allow you to explore the massive game world with your friends. The Player-Versus-Player experience will not be a feature that Genshin Impact will focus on.

The Genshin Impact betas were very well optimized. I was able to play the game at high settings and 60fps on a pretty basic laptop. You recently revealed the PC requirements (check them out here) for the full-release version and they're quite a bit higher. Why is that?

I also recently tested out the Genshin Impact PS4 beta and was surprised to find performance was somewhat shaky. Will that be resolved for launch?

Genshin Impact is miHoYo's first foray into developing a game for the PlayStation platform, and our third beta test for Genshin Impact was the first test on PS4. We identified a number of areas in which further improvement was needed, such as loading times and frame-rate drops. We have been working to address these issues and we are confident that players will enjoy a significantly improved experience on PS4 when the game is officially launched. 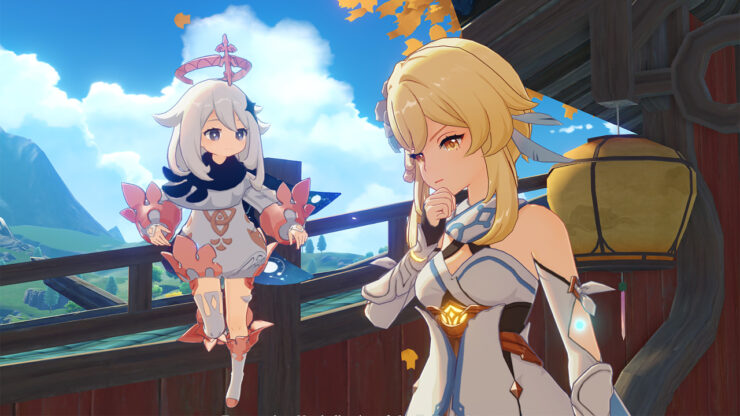 Overall, what were your takeaways from the betas? What changes have you implemented based on player feedback?

Genshin Impact has gone through 3 closed betas since last June, with each beta focusing on a specific area. In the first test, we focused on PC and mobile to collect feedback from players on these platforms. In the second round, we released a new area of the map (Liyue), while the third round was the first test to focus on the PlayStation platform, with tweaks being made based on player feedback. Each test has resulted in meaningful improvements, such as optimizing the game UI for different platforms, addressing bugs on new areas of the map, cross-platform co-op mode optimizations, and hardware optimizations for different platforms to ensure smooth performance. Players will be able to see these improvements first-hand when the game is officially launched. The game will continue to be updated to deliver a better overall experience for players.

When will we hear more about the promised Switch version?

The Switch version of Genshin Impact is currently under development. More information regarding Switch beta testing and launch dates will be announced at a later time.

Are there any plans to release Genshin Impact on next-gen consoles?

We have plans regarding next-gen consoles, and we will be announcing them as these plans take shape.

Looking at comments, I see a lot of people who think Genshin Impact looks interesting, but are turned off by the game's gacha monetization system. Would you ever consider selling a "premium" version of the game? One where you pay up front and unlock characters more directly through gameplay?

We currently do not have plans to release a "premium version" of the game that includes unlocked characters.

What, for you, would constitute a successful launch for Genshin Impact? How many players are you expecting? Or is it more about engagement?

A "successful" launch encompasses a wide range of things. Different developers will have different ideas on what constitutes a successful launch. In terms of numbers, Genshin Impact has already logged over 10 million pre-registrations worldwide, which we are incredibly excited about and grateful to players for. But what is more important for us is whether those players will enjoy the game once it is released. That is a question that has to do with more than just the launch, it is also about continuing to deliver in the operations and updates department. Our focus is on the game's long-term performance — not just how it does at a given moment in time.

Genshin Impact launches on PC, PlayStation 4, iOS, and Android on September 28th. As mentioned, a Nintendo Switch version has also been announced and will arrive at a later date. The game is free-to-play.