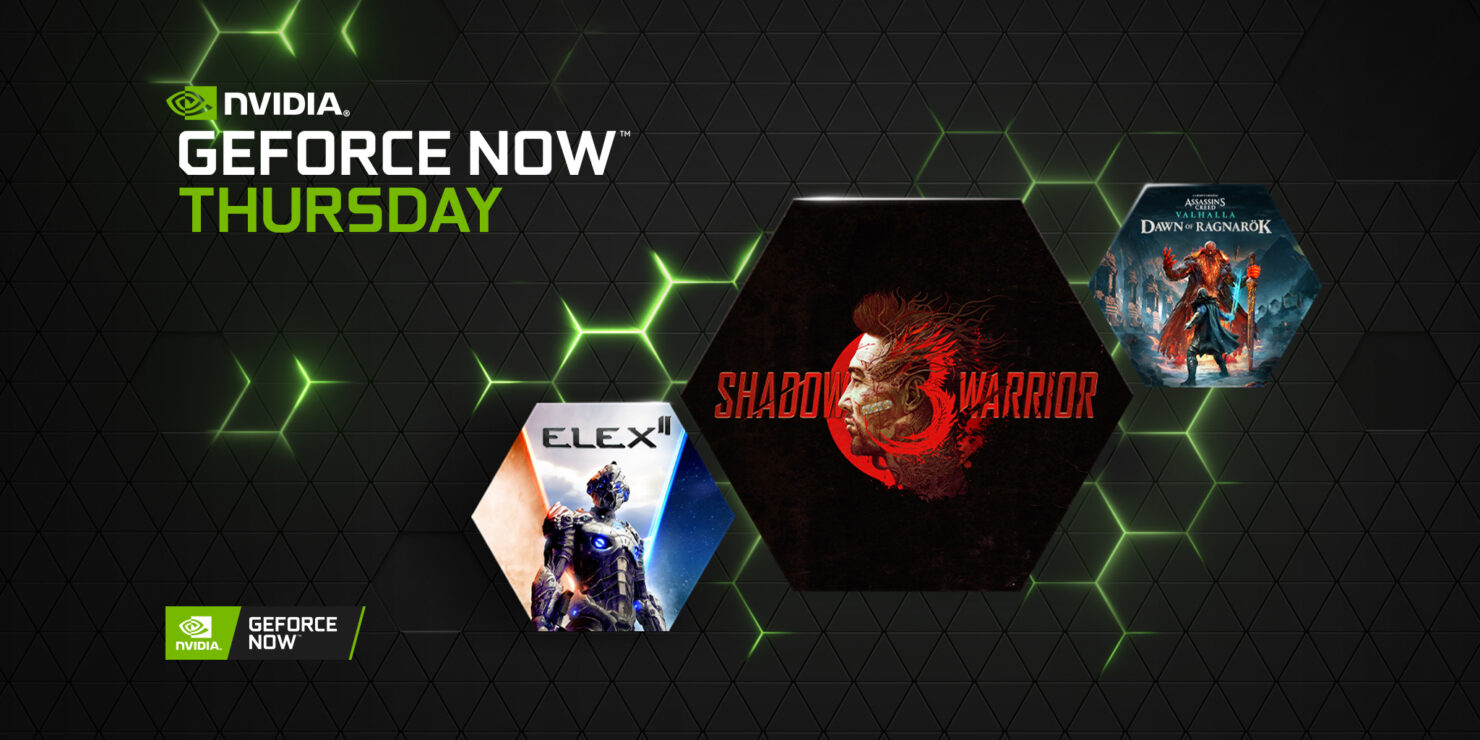 GeForce NOW had to wait a bit before we got more news. However, this week we see new additions to the service including 27 new titles that are going to be released throughout March 2022. Some of the games coming to the service during this month include day and date releases such as Shadow Warrior 3 and ELEX II.

As usual, GFN Thursday is going to kick off with a bang with the latest 27 games to join the service throughout the month. Here are the first 8 games joining this week:

As you may have noticed, this week's highlight is the upcoming Shadow Warrior 3. With support for NVIDIA DLSS, RTX 3080 members will be able to enjoy the game's fast-paced action with cutting-edge performance. The game will be available to stream at up to 1440p resolution and 120 FPS on PCs and native 1440p or 1600p at 120 FPS on Macs for 8 hours at a time.

Also coming to GeForce NOW throughout March are the following games: