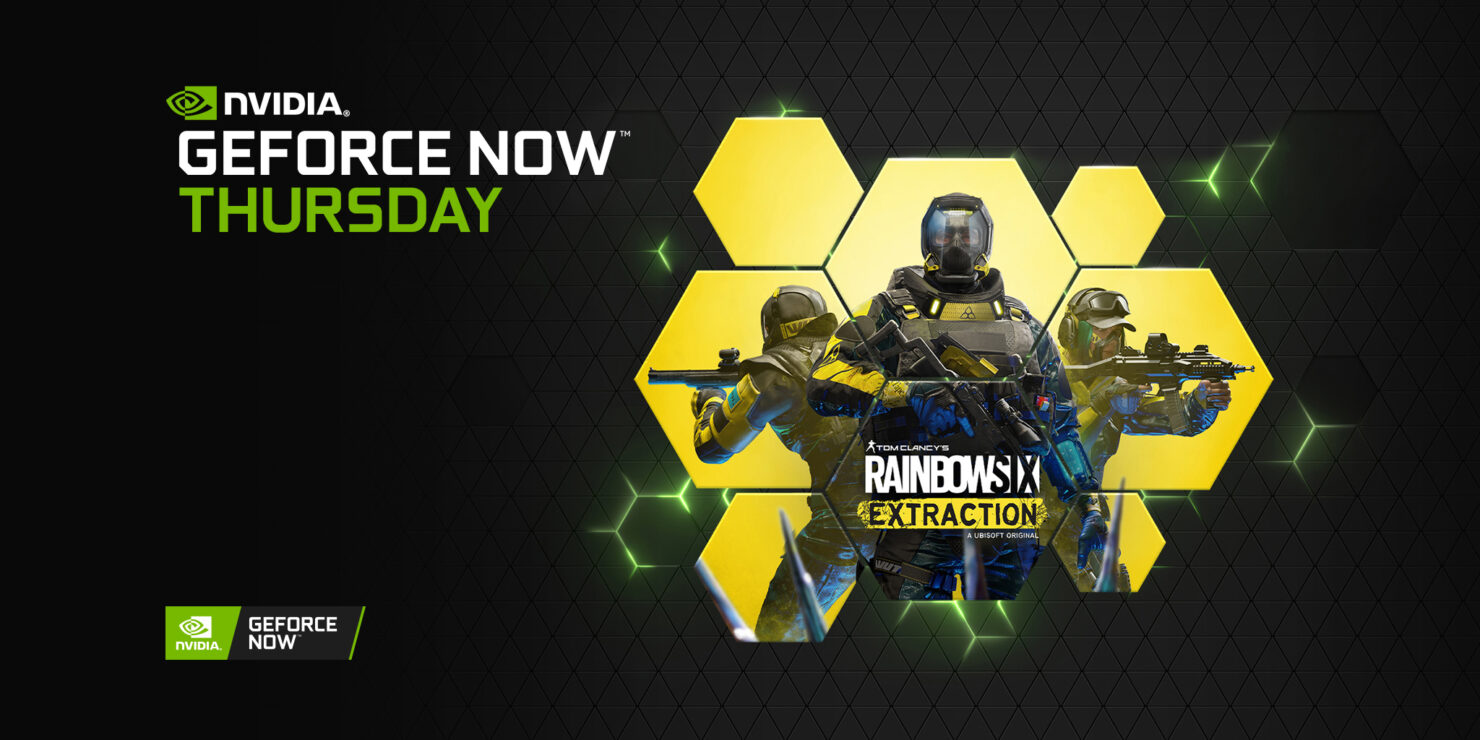 It's another Thursday, which means it's time for another GFN Thursday news roundup. GeForce NOW's latest addition is a rather surprising one since Rainbow Six Extraction is going to be added at launch. As such, players will be able to experience beautiful and sharp visuals powered by the magic of DLSS through the power of the cloud.

Tom Clancy's Rainbow Six Extraction is going to release today and will be available to stream on GeForce NOW with DLSS. GFN users will be able to join millions of players in the Rainbow Six universe to fight in a co-op PvE setting. The game will offer 18 different operators with specialized skills that will let players take on challenges brought by a highly lethal alien threat.

Rainbow Six Extraction can also be streamed with the powerful RTX 3080 plan. This new tier allows users to stream games across their devices including low-tier rigs, Chromebooks, Android devices, iPhones, and iPads with the power of the RTX 3080. As such, GFN users can enjoy low-latency and gaming sessions of up to 8 hours.

Of course, the RTX 3080 membership also extends to the entire catalog of GeForce NOW has over 1,100 titles available for players, including nearly 100 free-to-play titles, one of which being Genshin Impact (at least to select users). Plus, RTX 3080 members have the ability to fully control and customize in-game graphics settings with RTX ON.

Continuing on, as is the tradition of GFN Thursdays, a bunch of new titles is going to be added this week to the service. The list might not be as big as last time, but it is still offering some fun games to play. The list of games added this week is as follows: