The Geforce GTX 1080 Will Blow Away The P100 GPU In Single Precision Performance – Will Come in Four Variants Including a 2.5 Ghz Liquid Cooled Edition 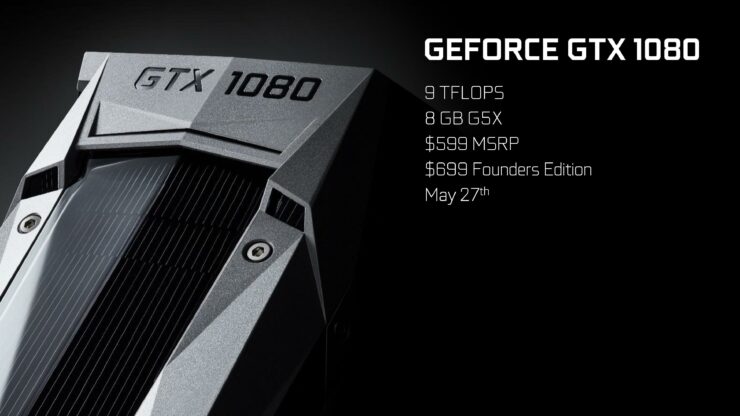 Nvidia unveiled its brand new GTX 1080 flagship at DreamHack some days ago but chose not to officially disclose information about the card itself – or its variants. Since we have known about the specifications of the cards since a long time and the performance numbers (stock) recently leaked, the only thing that truly interested us was the amount of variants the GTX 1080 would be launching with. Thanks to our friends over at VR-World.com, we now have a pretty good idea.

The Geforce GTX 1080 will be coming in four flavors:

Here is the thing, the Founder’s Edition is Nvidia’s new name for the Reference Edition. Ofcourse, it has quite a few upgrades over the older reference cards: a beefed up design, better power circuitry and an overclocking friendly bios, which allows the card to reach the 2.0 Ghz mark on air cooling. The stock clocks are 1.66 Ghz and 1.73 Ghz with turbo. Unfortunately, the overclocking overhead is going to be limited by the fact that the card only has a single 8-pin connector allowing for a maximum of 225W draw from the PCI-e and PSU combined.

There is also going to be a plain AIB variant, without much of the bells and whistles of the Founder’s Edition and roughly $100 cheaper. The iconic reference cooler will be forgone for the custom cooler of choice of the respective AIB. This would be a very good deal for people who want to maximize the value in their purchase and give up a little amount of overclocking headroom.

Finally, we have the custom AIB variants. Graphics cards manufacturers like MSI and Gigabyte are already working on improving the power available to the GTX 1080 by increasing the number of power connectors available as well as slapping on a high performance aftermarket cooler. This will allow the overclocked GTX 1080 to reach performance figures in the range of what we saw at the demo quite easily. Expect clock rates of 2.1 Ghz and above. In fact, word on the rumor mill is that Gigabyte's air-cooled Xtreme Gaming GTX 1080 should be able to hit a solid 2.4 Ghz - on air! If that isn't impressive, I don't know what is.

The Pièce De Résistance of the GTX 1080 lineup however, is going to be the liquid cooled custom variants from AIBs. Not only are these going to have a much beefier power supply system but it should be able to reach the 2.5 Ghz mark. That is an absolutely insane overclock and should allow the GTX 1080 to achieve an absolutely gigantic performance lead over the older GTX 980 Ti. At these clock speeds the card should be very well equipped to handle 4K/60, not to mention is your best bet for single-GPU configurations. We have confirmation from at least one AIB (EVGA) of liquid cooled GTX 1080s. 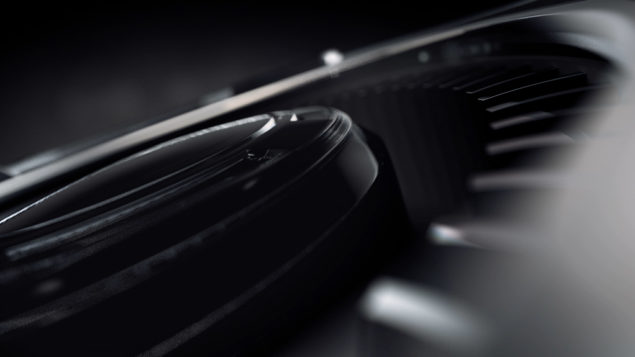 Lets talk a bit about the absolutely insane performance the GTX 1080 offers. The GP100 based P100 has 3584 CUDA Cores. The chip itself has a turbo clock of 1480 Mhz. The total peak single precision performance of the P100 GPU therefore is 10.6 TFLOPs (3584 CUDA Cores x 2 Operations Per Second x 1480 Megahertz). Since we are talking about the exact same Pascal architecture here, we can directly compare performance of the GP104 based GTX 1080 to the P100.

The GTX 1080 on the other hand only has 2560 CUDA Cores. However, the card can reach clock rates of 2.1 Ghz conservatively and 2.5 Ghz on a liquid cooled setup. At a clock rate of 2.1 Ghz, the GTX 1080 is actually 10.7 TFLOPs of single precision performance! At a clock rate of 2.5 Ghz, the GTX 1080 will blow past the P100 GPU giving performance levels of 12.8 TFLOPs! That is an absolutely insane figure and roughly 20% faster than the P100. To put this into perspective that is almost twice the theoretical single precision performance of the GTX 980 Ti.

Keep in mind that the GTX 1080 features GDDR5X memory, which helps to further accentuate the fact that the graphics card will push limits. Owing to the high clocked GDDR5X memory and the 16nm FinFET+ process, the GTX 1080 can go where no Maxwell had gone before - to the territory of truly high clock rates and "2.0 Ghz out of the box". This means that we are looking at a paradigm shift since the last generation, because even though from what we have seen, the clock for clock gain Pascal gives isn't a lot, it more than makes up for it in terms of sheer clock rates. A liquid cooled GTX 1080 should easily be able to handle the 4K 60 fps standard for the vast majority of titles out there - not to mention would be the perfect card for the Oculus Rift and HTC Vive.