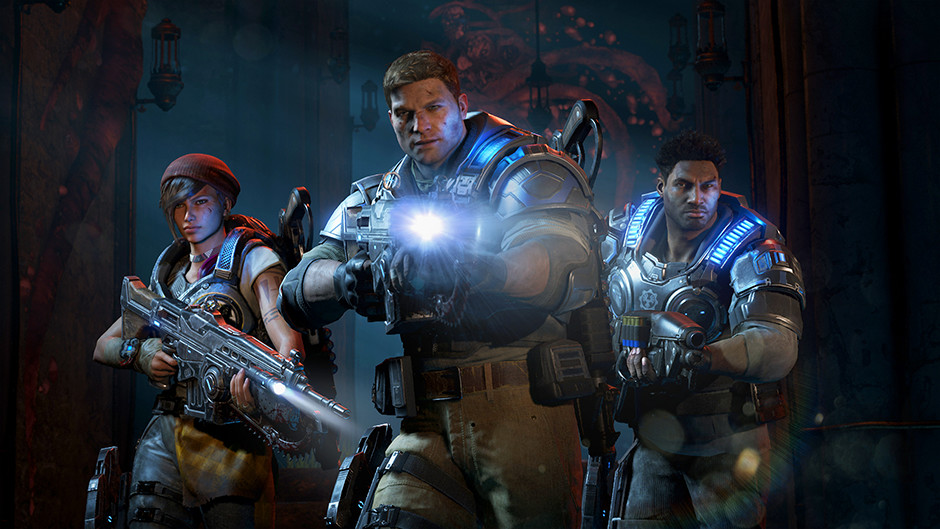 Gears of War 4, after multiple rumors, has been confirmed to launch day and date on both Xbox One and Windows 10. Not only that, but Studio Head Rod Fergusson announced that it will be the first game to support the new Play Anywhere program, which allows you to play games regardless of the device you're on.

This means that Gears of War 4 will be both cross-play and cross-buy. Horde mode 3.0 was also confirmed. Microsoft then showcased a new video of cooperative play.

Marcus Fenix will also be in Gears of War 4.

#GearsofWar4 is coming to Windows 10 this October! Crossplay for Campaign, Horde, Co-Op Versus, 4K Support and more! pic.twitter.com/xr35qfZ47U

The game will launch on October 11, 2016 with 4K support "and more" on PC. In related Gears of War news, General RAAM is soon coming to Killer Instinct.