Gears Of War 4 Gets New Intense Horde 3.0 Trailer, Mode To Be Playable At PAX West 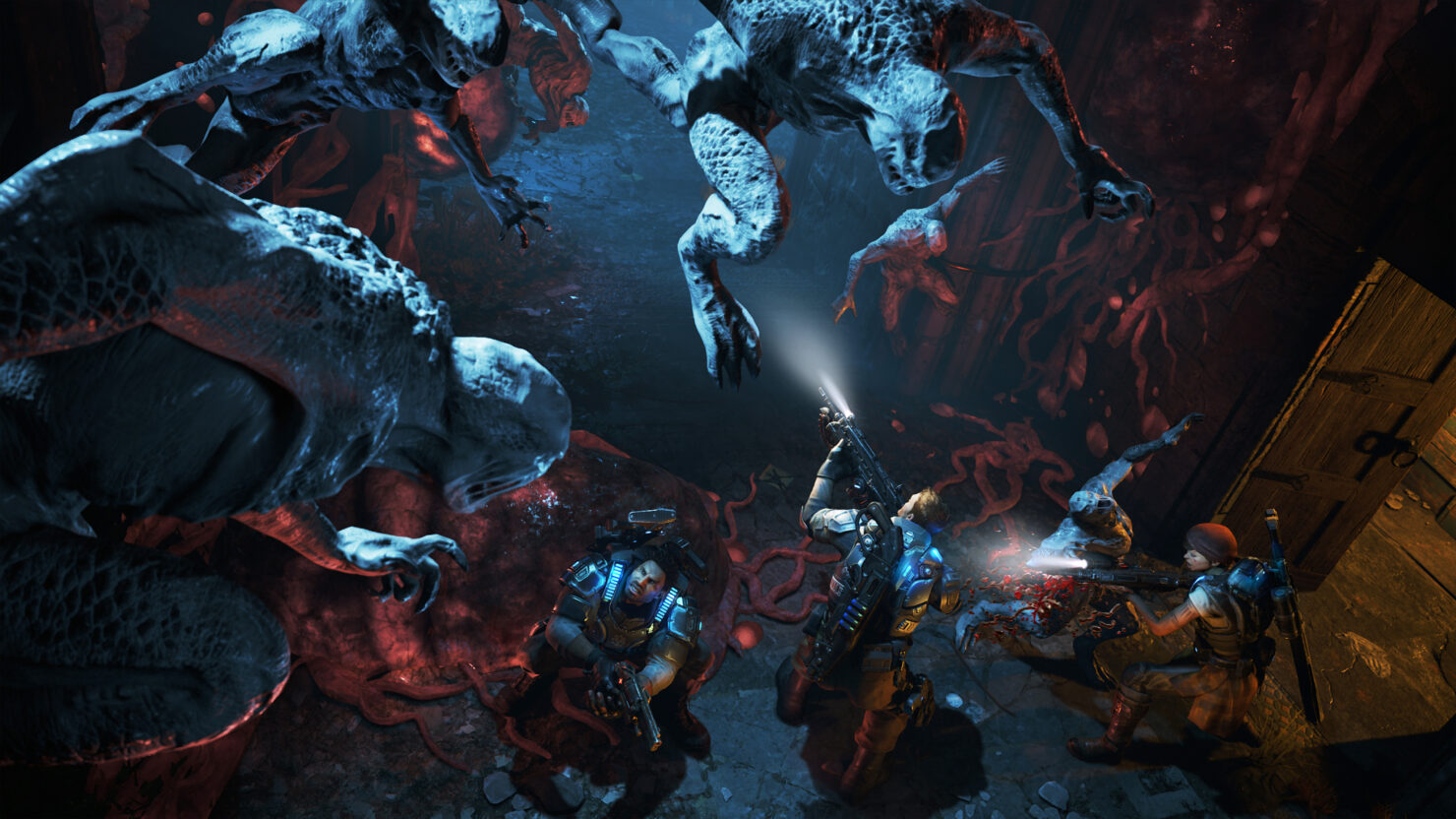 Gears Of War 4, the new entry of the series in development by The Coalition, is now very close to release, so it's about time to learn more about some of the features that will be available in the game. Earlier today, one of these features has been showcased in a brand new trailer.

The new Gears Of War 4 trailer, which can be watched right below, showcases the Horde 3.0 mode, an intense multiplayer mode which will pit 5 players against waves of ferocious enemies. The trailer also features the track Panther Like a Panther, a sneak peak of the third studio album from Run the Jewels, called Run The Jewels 3. Killer Mike and El-P will also be included as characters in the game's multiplayer mode as part of the collaboration with Xbox.

Horde 3.0 marks the return of the popular multiplayer survival mode that pits up to five players against waves of enemies – a genre that Gears of War helped popularise with the release of Gears of War 2 in 2009. This is the first time Horde has appeared in a Gears of War game in five years, and returns to the mode’s trademark co-op multiplayer intensity, with the addition of modern touches such as classes, abilities and fortifications.
In addition to ferocious new classes of enemies like the Swarm and the DeeBees, Horde 3.0 also introduces new innovations like a class-based system that lets you choose from five variations in roles – Soldier, Sniper, Scout, Heavy and Engineer – to play to your strengths and encourage teamwork. Also the all-new “Fabricator” is a deployable base of operations that allows players to build their defences anywhere on the map and execute their defensive strategy with precision.

If you really cannot wait to try out the Horde 3.0 mode, you will have a chance to do so before the game released at PAX West, which is being held from September 2nd until September 5th in Seattle, WA

Earlier this week, The Coalition's Ryan Cleven talked about the Gears of War 4 control schemes, stating that the game is balanced for the Xbox One controller before mouse and keyboard. With the series having started on Xbox 360, this statement is hardly surprising

“I don’t think that we…would say that we have like, one of the other as the priority; they’re both really important to us. But, we have to make sure that the controller experience, which has been the legacy of the game, is definitely perfect.”

Gears of War launches in a little over than a month, on October 11th, on Windows PC and Xbox One. We will keep you updated on the game as soon as possible, so stay tuned for more. In the meantime, you can learn more about the game's system requirements by going here if you're thinking about getting the game on PC.