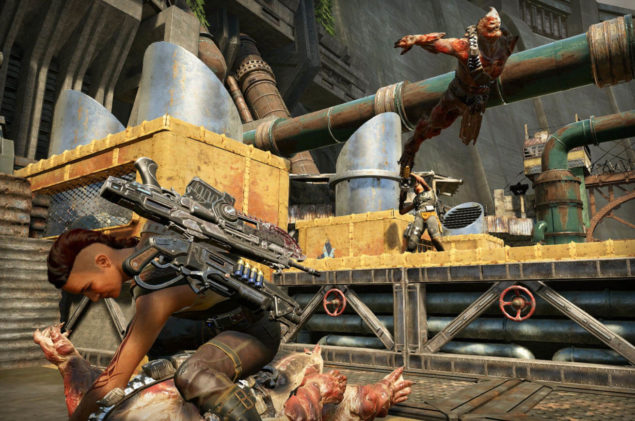 The new Gears Of War 4 gameplay video showcases all the Executions included in the beta. As the beta is not representative of the game's final quality, we should expect some of these Executions to be even more brutal in the final game. You can check out the new video right below.

Right before the beginning of the beta, an in-depth analysis of the Gears Of War 4 multiplayer beta has been put together by a dedicated fan, who has shared it on the game's official forums. As all Xbox Live Gold members will eventually gain access to the multiplayer beta, the in-depth analysis is a very good read for those who aren't able to play it yet, but plan to in the next few days.

Last week, more details on Gears Of War 4 have emerged online during a recent livestream. According to what has been said during the livestream, Gears Of War 4 will include plenty of new mechanics such as Wall Cancel cooldown and Active Reload cooldown, weapons that are not available in the beta, the skill system and more. The Ranking system, which should improve matchmaking, has also been revealed.

Gears Of War 4 will launch later this year on Xbox One in all regions. The game's multiplayer beta is now available for players who have received codes, with the beta opening up for all players next week. The beta will officially be over on May 1st.