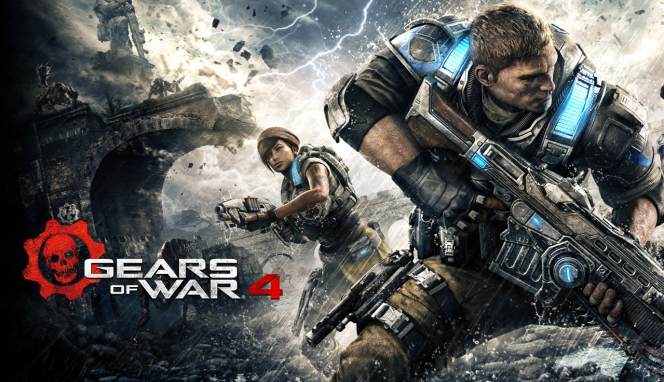 Today, we can all take a new look at the Gears of War 4 campaign thanks to a new video released by IGN.

The footage (captured from the Xbox One version of the game) shows a brand new type of enemies as well as new weapons. More reveals have been teased by The Coalition's Studio Head Rod Fergusson: with Gamescom and PAX West due in the next few weeks, it's a safe bet that we'll learn a lot more about the game.

In the meantime, what we know is that Gears of War 4 will be available on October 11 worldwide for PC (Windows 10) and Xbox One. It will be an Xbox Play Anywhere game, meaning that it supports cross-buy as well as cross-play (limited to cooperative modes) between the two platforms.

Gears of War 4 is set twenty-five years after the events of the third installment, when the Imulsion Countermeasure destroyed all Locust and Lambet on Sera. While the enemies were defeated, there were consequences for the human survivors: fossil fuels were destroyed and powerful windstorms called Windflares started sweeping the planet.

The protagonist is JD Fenix, son of Marcus, who has to face a new threat to humanity's survival alongside his teammates Kait Diaz and Del Walker. New weapons include the Combat Knife, the Dropshot and the Buzzkill.

It's also possible to knock off enemies at short distance via shoulder charge, but enemies have also gained new abilities such as taking a character out of cover to perform a takedown.

The Windflares also affect gameplay, making it more difficult to aim and throwing environmental obstacles around.