It has finally happened, the game of the year for every 360 fanboy has leaked, but unfortunately this isn't a leak to get excited about. Not unless you are the owner of a JTAG model XBOX 360 what a JTAG XBOX 360 is is for you to google, the only thing you need to know right now that this is similar to the Crysis 2 PC Leak. This is more of a BETA build of the game leaked, early reports are suggesting that achievements are locked but the single player CAN be played but the multiplayer is a bug filled mess. 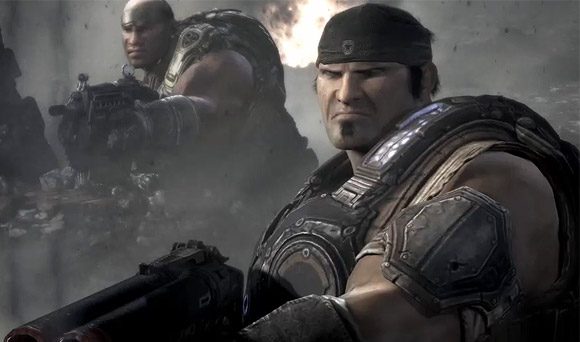 So far a thread on NeoGaf and a youtube video have confirmed that the game has indeed been leaked for JTAG consoles exclusively unfortunately while i am aware of WHERE you can download this ISO I am not at liberty to post the link or to tell the people 🙁 but within minutes this will definitely be viral.

The news originated from NeoGaf forums who got their word from a Warez XBOX 360 site. They discuss the appearance of livestreams of the Single Player campaign happening but of course didn't post links to it in order to avoid a ban. This is pretty bad for Epic games I mean when Halo: Reach was leaked fans every where were furious and people were avoiding spoilers of the game like crazy.

Right now the leak is not catching much attention but it should pick up speed in a bit it should definitely catch attention. All I can say is those of you who DON'T own a JTAG console should STAY clear of YouTube / Forums / imageboards or ANY other online site with words until the game officially releases if you want to avoid spoilers.

UPDATE: It's indeed real here is one of the very first appearances of someone running the game OFF his JTAG 360