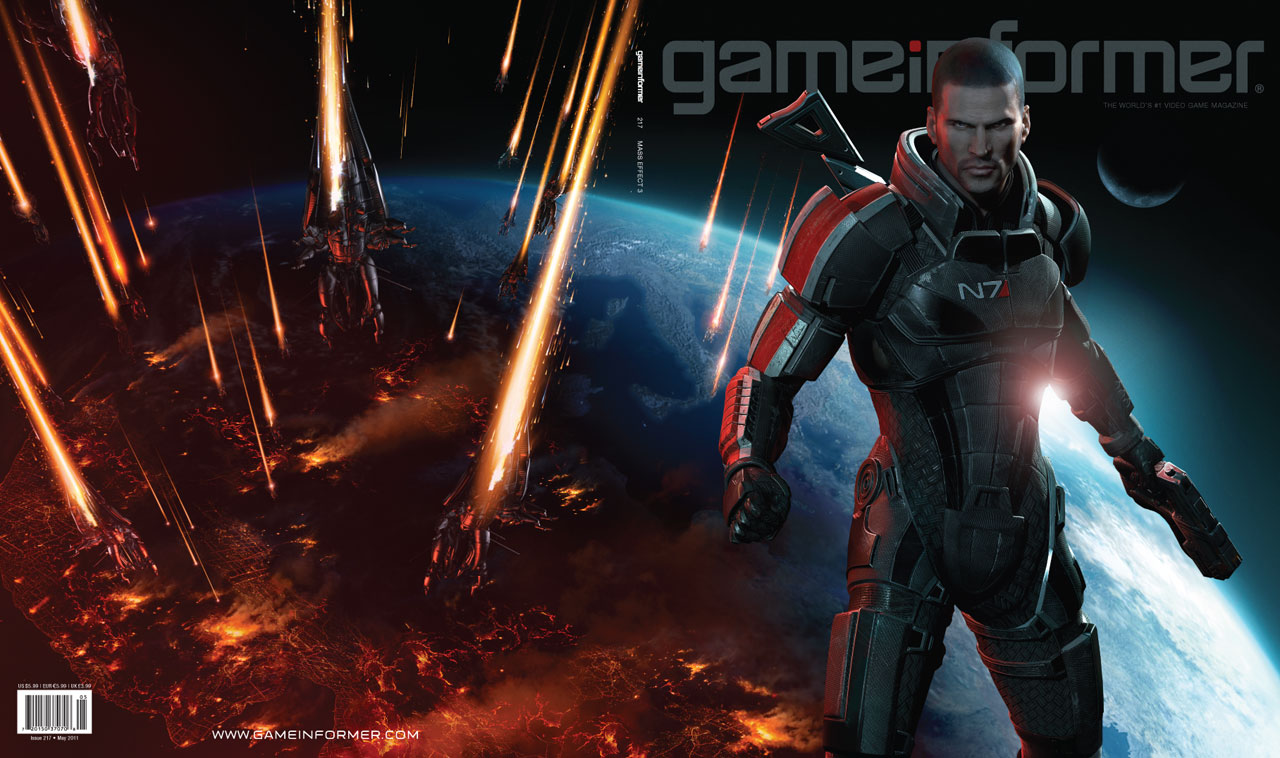 The May Issue of GameInformer will feature the cover of Biowares sequel to the RPG GOTY 2010 "Mass Effect 3". The cover focuses on Commander Shepard and along side him Planet Earth which is being attacked by an Reaper Invasion Force which was revealed in the last DLC of Mass Effect 2 "Arrival".

Commander Shepard has already saved the galaxy twice, but the final entry in the Mass Effect trilogy could be either the hero's last stand or finest hour. Earth is in jeopardy, entire civilizations are at risk, and we've got all the details. Our latest issue has 12 pages of exclusive info, screens, and art that no Mass Effect fan should miss.

Subscribers should be receiving their issues in the coming days. After you finish reading up, don't forget to keep checking back with gameinformer.com throughout the month, since we'll have plenty of updates delving into Mass Effect 3 and the franchise as a whole.

Well, Some details have already popped up and here's a look at some of the character's we're gonna see again from ME2: 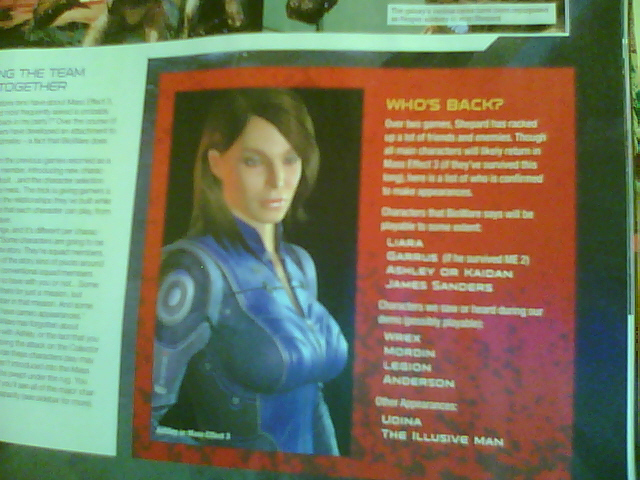 - Liara
-Garrus (If he survived ME2)
- Ashley or Kaidan
- James Sanders

The most interesting part give in the details is that the ones who resurrected Shepard in ME2 (Cerberus) are now out to kill him. Plus if you played "Arrival" you may know that Shepard was asked to go on Trial back on Earth. Here are details:

The latest issue of Game Informer contains a ton of details about Mass Effect 3. The first round of information is beginning to trickle in, which you can read about below.

- Game begins with Shepard on Earth

- Shepard is on trial in regard to the events of Arrival

- Reapers invade while the trial is happening

- Screenshot shown of Ashley with her hair down

- Confirmed appearances (may not be squadmates): Wrex, Mordin, Legion, and Anderson

- Cerberus is out to kill Shepard

- Powers will evolve several times, not just once

- Mods returning, swap out different parts such as barrels, scopes (effect both the weapon’s combat performance and its appearance)

- All classes can wield all weapons unhindered now,

- There will be limited slots to carry these weapons

- Soldier can carry all weapons at once

- Adept, Engineer, and Sentinal will likely be limited to two weapons, three for Vanguard and Infiltrator