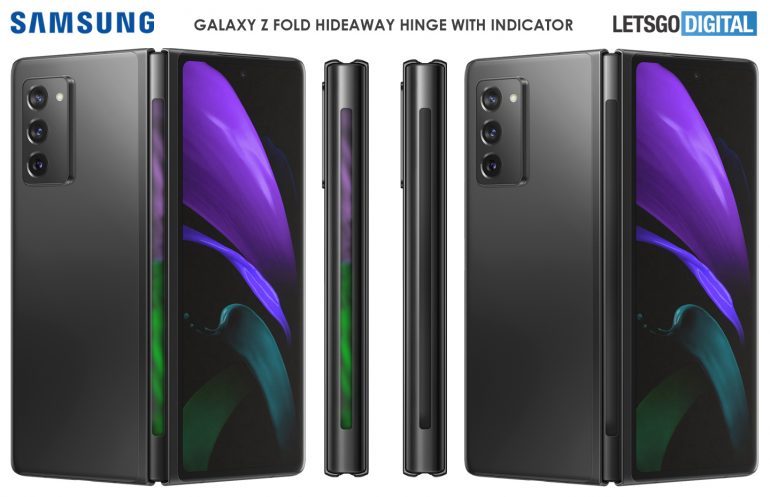 The Galaxy Z Fold 2 is definitely one of the more popular devices available in the market. If this stands as a testament, then we can see Samsung eventually ditching the normal smartphones in favour of foldable, however, that is yet to happen. Foldables are not only more expensive to manufacturer, but also a niche product at the moment. However, the latest news we have on the Galaxy Fold 3 might actually attract more users.

Now to say that Samsung does not innovate would be wrong, the company is improving their foldable with each generation and while the Galaxy Z Fold 2 and Galaxy Z Flip are two of the most impressive designs, the latest tip that we have received shows that the

mGalaxy Z Fold 3 is going to be an even better and crazier device with numerous improvements both outside and under the hood.

One of the changes that will be made to the exterior will include an addition of an LED light bar that will work as an LED indicator, and this will go right on the hinge. In case you don't remember, the Galaxy Z Fold 2 offered customizable hinge colours, so Samsung is now taking the next logical step. Now all of this could have been flagged as a rumour and ignored, but Samsung Electronics did file a utility patent application for an 'Electronic device including indicator'. This 44-page documentation was then published by WIPO (World Intellectual Property Organization) on 1st October. You can check that out here. Our source took the information and diagrams shown in the filing and created their own mockup of how it could work. 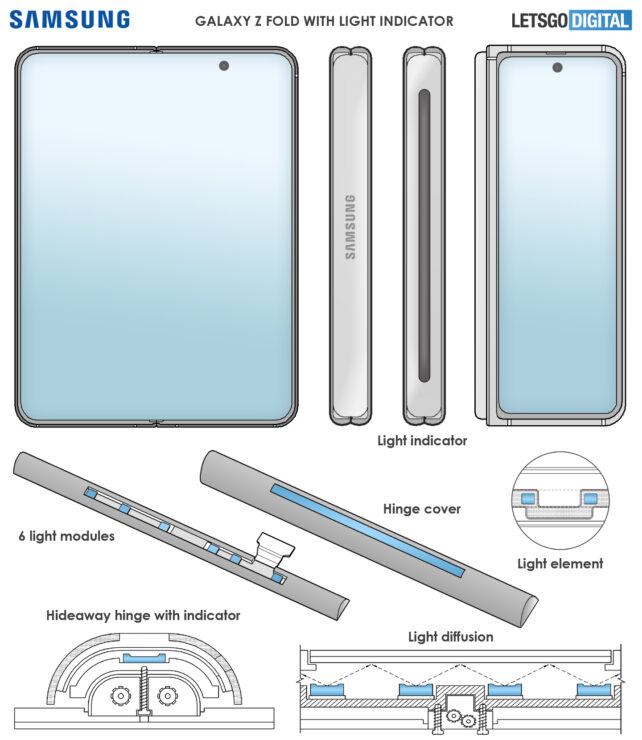 Now obviously, this is just a mockup, but it is made using the information that was provided in the documentation by Samsung. The Galaxy Z Fold 3 is said to be the first device that will feature that. Honestly, it is entirely possible, even if they end up making the hinge a bit thicker, and it will look really good. The last Samsung flagship to ship with LED light indicator was the Galaxy S9 series, and Samsung officially removed it from the future devices.

However, at the time of writing, it feels like this might be strictly limited to the foldable devices, as I cannot see how this can be implemented onto the Note series or the S series but hey, it still is a very cool feature. The information also reveals that the light bar would be able to change colours, which is an obvious give.

At the time of writing, we don't have much information on the Galaxy Z Fold 3, but given the success of the Z Fold 2, it certainly is something that we are looking forward to, and we are certain that it is going to come out next year.