Samsung launched the affordable Galaxy Tab S7 FE in Europe and some other markets earlier this year. The company has finally decided to bring the mid-ranged tablet to the U.S. The Fan Edition variant of the Galaxy Tab S7 series is exactly what you would have hoped as it offers toned-down specs but a similar design, along with an affordable price. So, if you do not want to go ahead and splurge, going for this is not a bad idea at all.

Unlike the other markets, Samsung has decided to launch two variants of the Galaxy Tab S7 FE this time around in the U.S. This is likely due to the chip shortage; you are getting cellular and a non-cellular option. The standard one is going to ship with a Snapdragon 750G by Qualcomm, a 12.4-inch TFT display, a massive 10,090 mAh battery, and a metal unibody design that feels premium. If you want to go with the Wi-Fi-only variant, you will lose cellular connectivity, and you are getting the Snapdragon 778G instead.

Aside from that, both variants of the Galaxy Tab S7 FE are the same; you are getting 4 gigs of RAM, 64 gigs of onboard storage, a microSD card slot for expansion up to 1TB. You are also getting a stereo speaker setup that AKG tunes. On the back, you are getting an 8-megapixel camera and a 5-megapixel camera on the front. The Tab S7 FE also brings a USB 3.2 Gen 1 Type-C port for charging. Additionally, you are getting support for Wi-Fi  802.11 a/b/g/n/ac dual-band Wi-Fi and Bluetooth 5.0, and Samsung is also included an S-Pen in the box for both variants.

The Galaxy Tab S7 FE will be running Samsung's One UI on top of Android 11. Samsung has made sure that the software experience is top-notch. You are getting options such as DeX mode and creativity apps such as Canva and Clip Studio Paint. 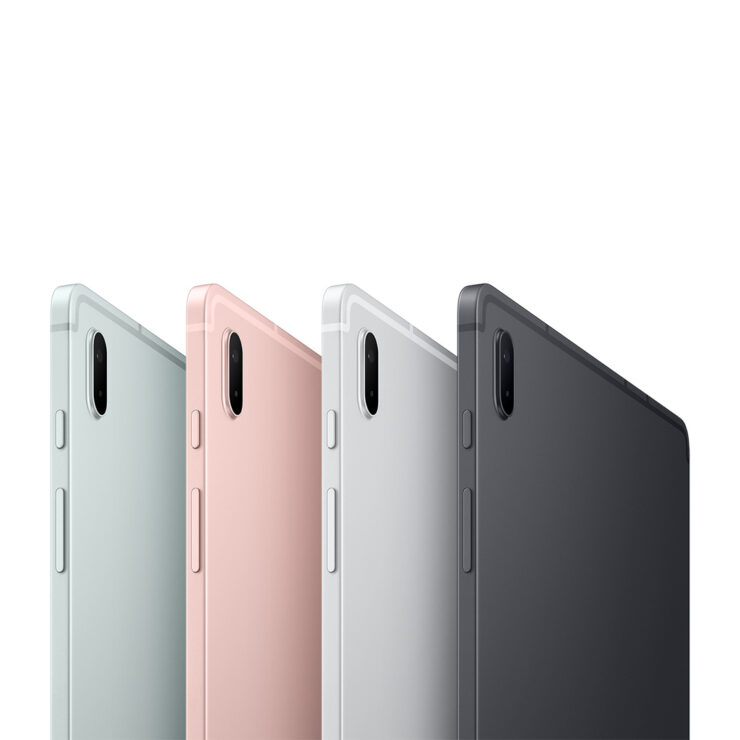 The Galaxy Tab S7 FE will cost $669 for the 5G variant and will be available through Samsung's website, AT&T, and Verizon starting tomorrow. Other retailers and carriers will also be selling the tablet. For the Wi-Fi-only model, you are looking at $529.99, and it will be available on pre-order from Samsung's website on August 5th, and sales will begin in early September. Early buyers will be receiving an additional $80 Samsung credit with each purchase.

Last but not least, the Galaxy Tab S7 FE 5G will be released only in Mystic Black. However, if you are looking for a choice, the Wi-Fi-only model will be available in Mystic Black, Mystic Silver, Mystic Green, and Mystic Pink.