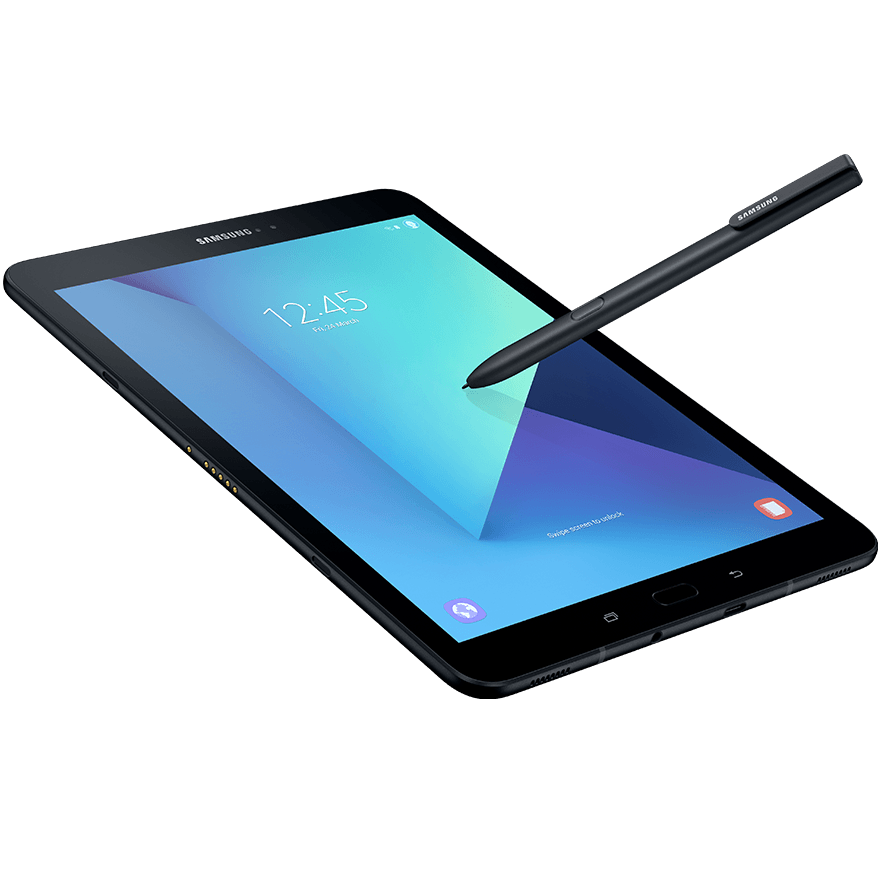 Rumors clamored that Samsung’s Galaxy Tab S3 would retail for $800 when it ships out to different regions, and the separate purchase of the keyboard accessory could result in a very expensive laptop substitute for the consumer. However, things are much different than what we thought they would be, and if you are interested in checking out the important details of Galaxy Tab S3, then we suggest that you continue reading.

No Official Release Date of Galaxy Tab S3 Detailed But Retail Price Is $599.99

Paying an $800 premium for a Galaxy Tab S3 that just comes with the S Pen accessory is something that the majority of customers would shy away from immediately. To our surprise, Best Buy has listed the flagship Android tablet, detailing that the 32GB internal storage model carries a price of $599.99. Keep in mind that this is still expensive than the competition floating around, but at least users who were expecting an $800+ retail price can sleep better at night.

The Galaxy Tab S3 is actually the first tablet from Samsung to feature a glass and metal finish and it is disappointing to see that the slate does not provide support for wireless charging despite its glass chassis. It is a frontier product from the manufacturer but unlike its smartphone crew, the Galaxy Tab S3 does not feature any form of water-resistance, so do not attempt to read a book on it while submerged inside a swimming pool. 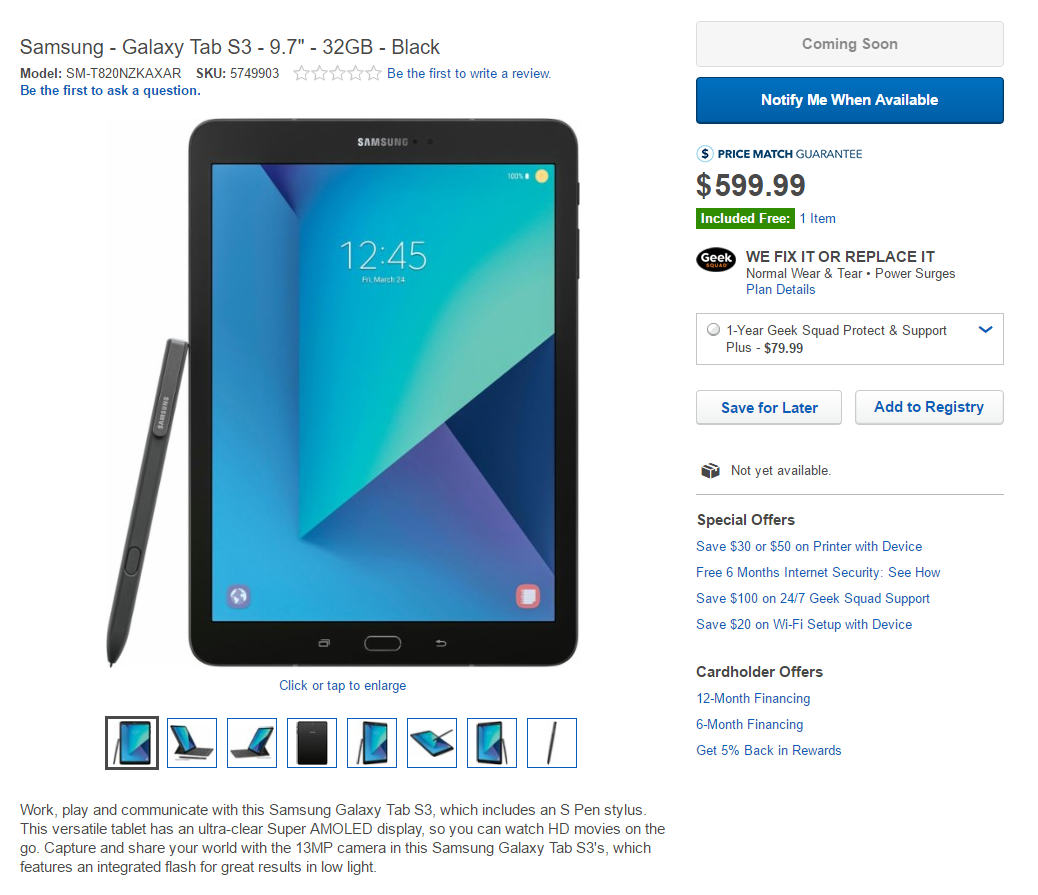 Though you will be getting the S Pen accessory along with the tablet, but it might be easy for some to lose it after a while. Why? Because there's no magnetic attachment method for the S Pen on the tablet at all. This means you have to keep an eye on it at all times if you do not want to lose it. As for processing performance, you have a ton of that at your disposal because the Galaxy Tab S3 comes armed with a Snapdragon 820, 4GB of RAM and an Adreno 530 GPU.

Since the tablet is running Android 7.0 Nougat, the Vulkan API support will mean that games will run buttery smooth on it. Do you think for the price of $599.99, the Android flagship tablet is a good purchase? Let us know your thoughts down in the comments.