Galaxy S22 Ultra Has Armor Aluminum in Front, Gorilla Glass Victus+ at the Back, Will It Survive the Drop Test? 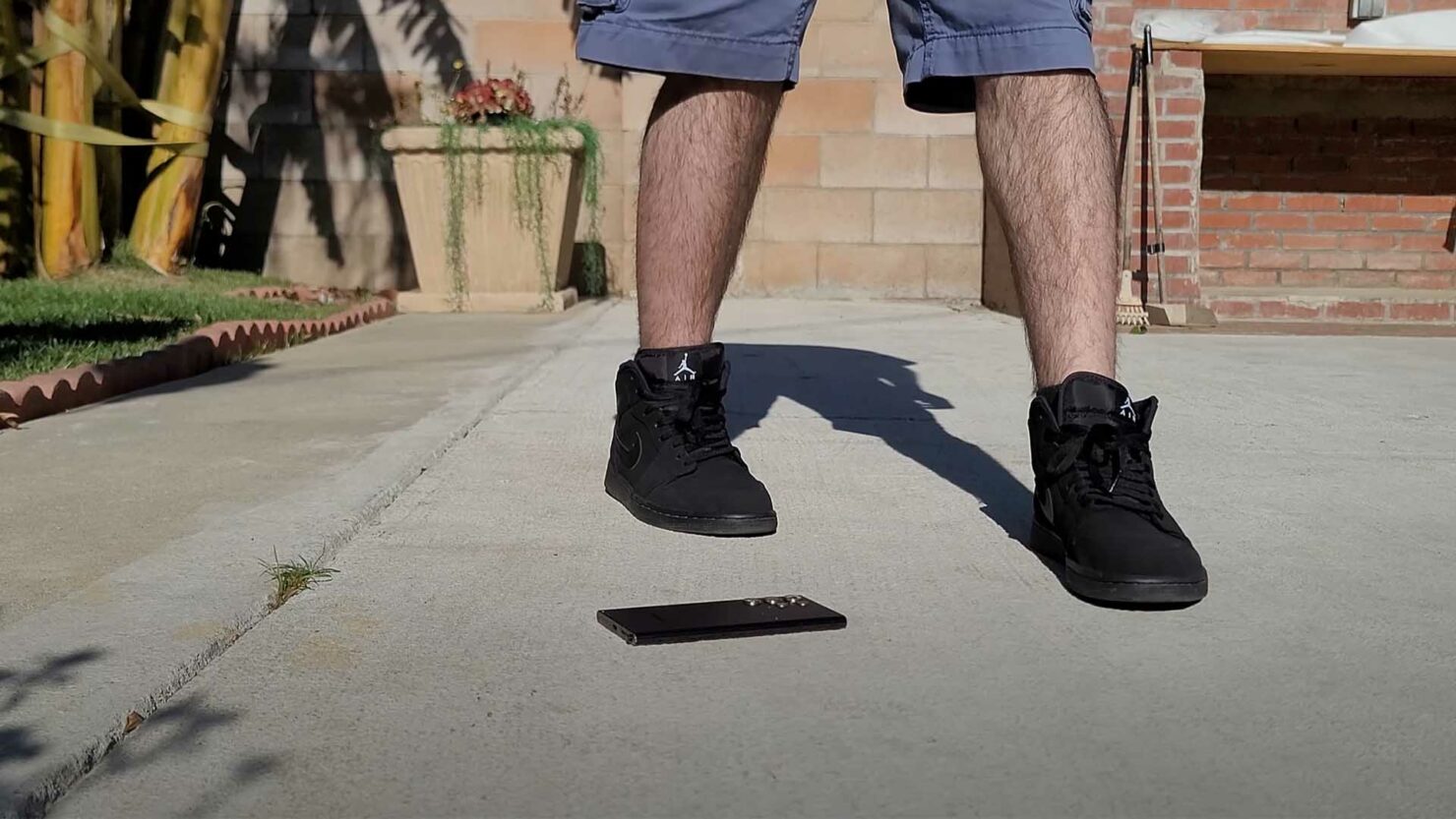 The Galaxy S22 Ultra is the toughest smartphone Samsung has ever released, with its premium chassis sandwiched by an Armor Aluminum frame at the front and Gorilla Glass Victus+ at the back. With the best materials used to craft this flagship, can it survive the drop test? Read on to find out more.

Rear Camera Lens of Galaxy S22 Ultra Is Extremely Fragile, as Is the Curved Edge of the Screen, but It Can Still Take a Massive Beating

Despite the protective layers on both sides, the Galaxy S22 Ultra is unable to survive its first drop, as demonstrated by PBKReviews’ video. At the first attempt, the camera glass cracks, suggesting users to either use a protective case that sits flush with the camera or apply a firm grip to prevent it from accidentally dropping. The flagship also received a minor crack at the edge, which could be because the contact point would have happened on the camera lens and the edge.

During its second drop test, the Galaxy S22 Ultra received damage where the S Pen is located, and the accessory also came off during contact with the concrete. Some of the glass belonging to the camera lens also came off. When dropped a third time, the result remained the same, with the display still working. Unfortunately, when dropped from the side, there were multiple cracks on the screen, likely because the glass was curved.

During the fifth attempt, the Galaxy S22 Ultra was dropped face first, but the display and fingerprint reader continued to work. After multiple drops, the smartphone’s display finally gave out, indicating that while the exterior of the Galaxy S22 Ultra can get heavily damaged, it will take an ample amount of beating before it stops being usable. In any case, we recommend signing up to Samsung Care+ as you will only have to pay $29 for a screen repair.

The Galaxy S22 Ultra is clearly built like a tank, as in a previous video, it survives being run over by a car. Just because the outside shows a few cracks, it takes a lot more to render the flagship unusable.

The Galaxy S22 and S22 Ultra are a Nightmare to Repair