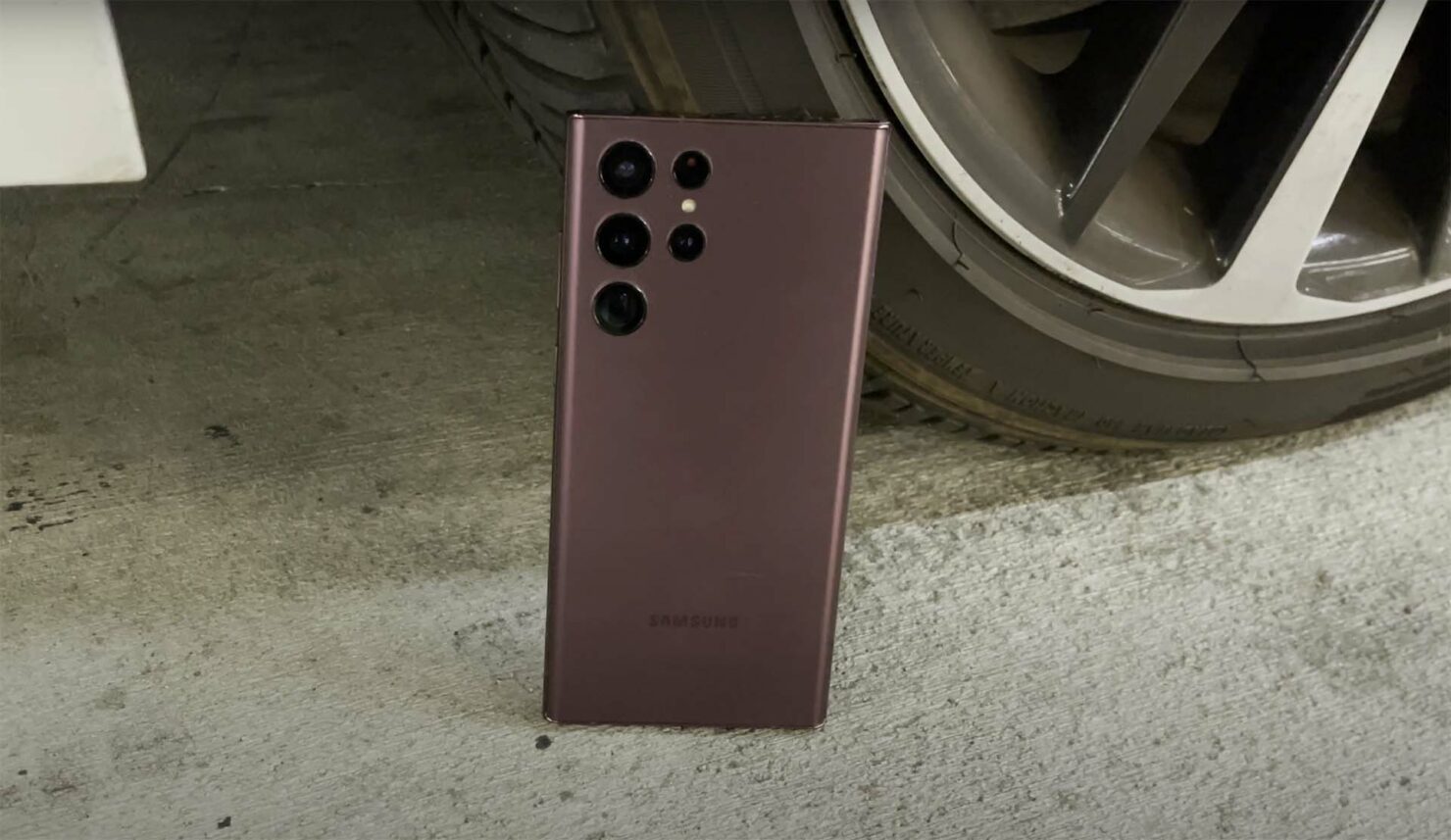 When performing a smartphone durability test, using a box cutter or dropping the handset from a certain height is a standard measure in knowing whether it was tough or not. In the latest video posted on YouTube, this Galaxy S22 Ultra durability test is taken to a whole new level, involving a car that runs over Samsung’s flagship. Surprisingly, it was still in working condition, making it one ‘tanky’ device.

Galaxy S22 Ultra Achieves an Impressive 9.5 out of 10 in the Durability Test for Its Incredible Showing

Before the ‘getting run over by a car’ test, PBKReviews performed the usual durability tests that we have seen for quite a while now. This involves the water-resistance test, followed by the scratch and bend test. All in phases, the Galaxy S22 Ultra made it out alive, which was expected given that it features an aluminum build, with glass present on both sides.

According to the YouTuber, the Galaxy S22 Ultra scored an impressive 9.5 out of 10, but what is even more astonishing is how it survived after getting run over by a car. The smartphone was placed with the display facing downwards, and after the unforgiving tire ran through the device, attempting to squash its innards, we can only commend Samsung’s efforts in making one durable flagship.

Sure, the Galaxy S22 Ultra’s display received some damage in the form of scratches, but it was not shattered, and the touchscreen capability was not compromised, indicating that the internal components were working just fine. Surprisingly, the backside did not appear to be damaged, despite the fact that the car’s tire came in direct contact with it, so again, an extremely impressive job from Samsung.

There may not be a situation in which your Galaxy S22 Ultra has to withstand some damage, and we are confident you will do everything it takes to keep it from harm. However, if fate has another say in the matter, you will be pleased to know that the Galaxy S22 Ultra can take quite a beating. If you want to take a look at the durability test, check out the video posted below and share your thoughts in the comments.