It has been less than a couple of weeks since the One UI 4.0 based on Android 12 officially started rolling out. The U.S. carrier variants of the Galaxy S21 received the update on the same day as the international variants. However, the new update did bring a bug that was related to the refresh rate of the device.

For those who do not know, the bug basically causes the Galaxy S21's screen refresh rate to revert from 120Hz to 60Hz as soon as the user's finger stops touching the display. This means that the UI, animations, and scrolling start appearing laggy and jittery. This is of course not the default behavior of the phone and Samsung has acknowledged the issue many people are facing in the U.S. 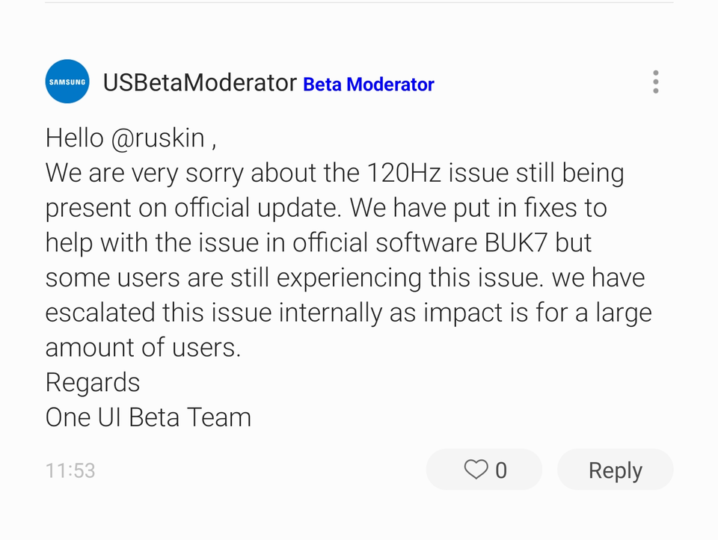 A Samsung official forum moderator has mentioned that the team has escalated the issue and the company is working on a fix. The bug only affects the Snapdragon 888 version of the Galaxy S21 series and could be fixed with the new software update.

I have been using the Android 12 update for the Galaxy S21 ever since it was launched on my phone and have not encountered any such bug. Let us know if you have faced a similar issue and if you know about any workaround until Samsung finally releases the fix.