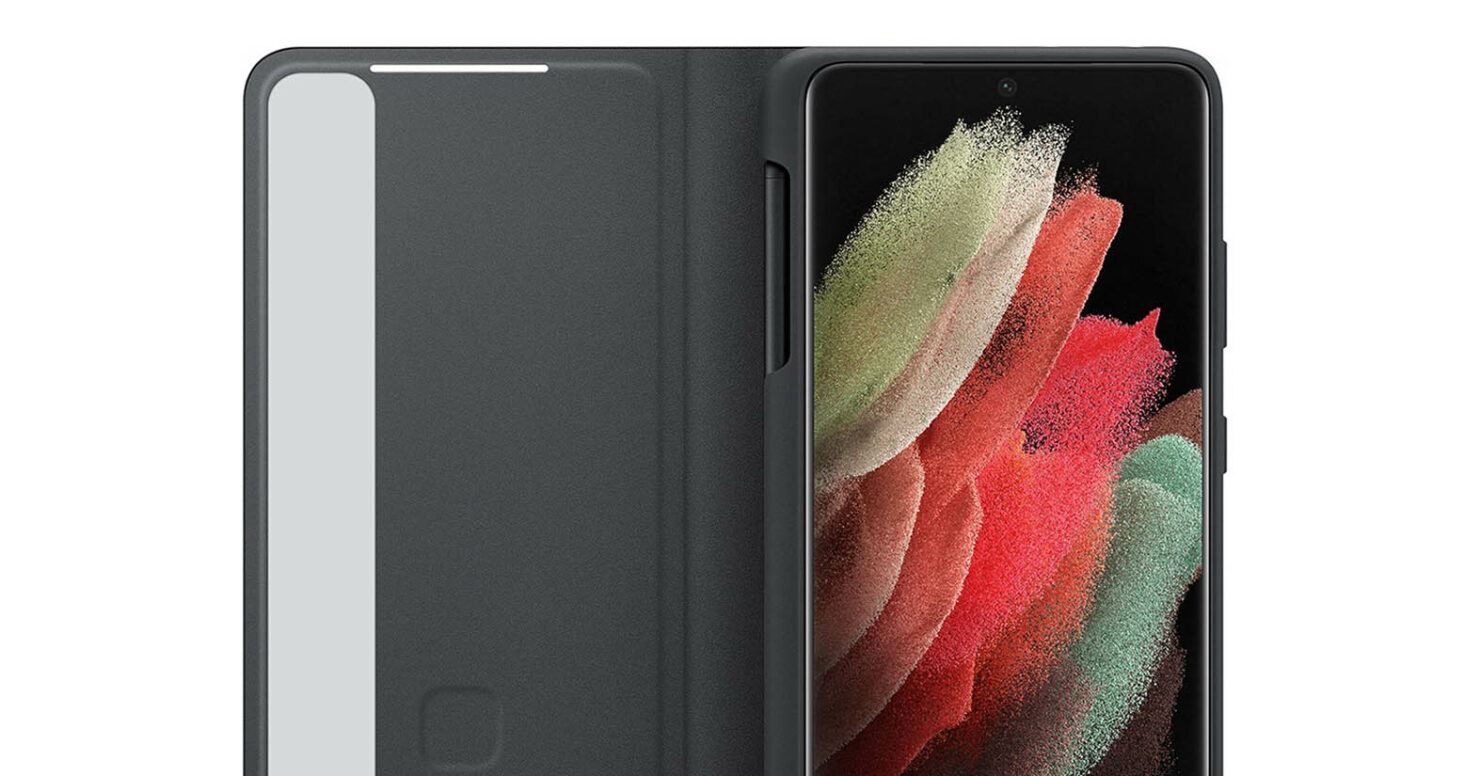 Now that Samsung has officially announced its Galaxy S21 Unpacked event titled ‘Everyday Epic’, here are some tidbits regarding the accessory that you can purchase alongside the flagship behemoth, the Galaxy S21 Ultra. Previous reports have stated that this will be the only model to support the S-Pen, and there’s even a case made specifically so you can store the stylus when it’s not in use. Take a look at these images.

New images given below show how the Galaxy S21 Ultra will look with the new cover attached. Some potential buyers might view this accessory as an encumbrance, but keep in mind that you’ll only have to purchase it if you intend on using the S-Pen. According to WinFuture, the stylus is expected to cost ‘just under 40 euros’, meaning that you could be looking to pay around $39.99 in the U.S. Of course, we’ll get to know the official price of the accessory in various regions once all three models are officially unveiled.

As for the S-Pen, WinFuture reports that it’s reminiscent of the stylus that’s bundled with the Galaxy Tab S7 lineup. It features a pressure-sensitive tip and is said to sport digitizer technology from U.S. company Wacom. Unfortunately, it likely won’t sport the same clicking mechanism at the top as you can experience with the Galaxy Note series. Still, even if you tap at the other end, you’ll be able to execute some useful commands.

This will include starting or stopping a video or remotely take images by tapping at the top. For productivity aficionados, the S-Pen looks like a convenient tool to pair with the Galaxy S21 Ultra. It’s exciting enough that finally, one member from the Galaxy S series will have support for the accessory, so we’ll see just how effective it can tackle your everyday tasks once the initial reviews are out, so stay tuned.