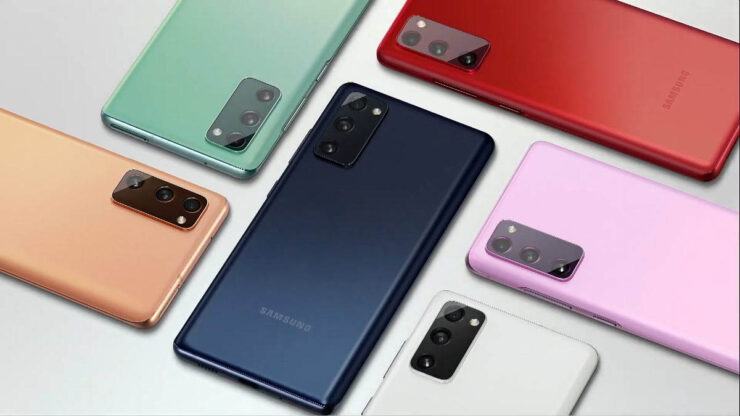 Samsung was set to re-release the Galaxy S20 FE 4G with Snapdragon 865 sometime this year, and this is something that has been leaked in the past. Today, however, Samsung has decided to silently launch the variant on the Samsung Germany website where you can see the phone and buy it.

The new Galaxy S20 FE 4G carries the model number SM-G780G and is now available to buy in Germany. You can buy the phone in the base 128GB storage and is available in the same six colors: Cloud Lavendar, Cloud Mint, Cloud Navy, Cloud Orange, Cloud Red, and Cloud White.

Aside from the chipset, nothing about the new Galaxy S20 FE is new. However, it seems that Samsung is entirely replacing the Exynos 990 variant with a Snapdragon 865 variant. This decision is not just because of the poor thermal and overall performance of the Exynos 990. Still, it is also due to the global chip shortage. There is a possibility that Samsung does not have enough Exynos 990 chipsets with them in inventory.

This also means that Samsung could launch the new Galaxy S20 FE 4G with Snapdragon 865 in all of the countries where the Exynos 990 variant was launched to begin with. You also have to keep in mind that there may not be any difference in the price altogether. However, you can expect better performance this time around due to the Snapdragon 865 being inherently better than Exynos 990. In addition to that, you will also be getting better battery life and reduced thermal throttling.

With the Galaxy S20 FE part of the market again, we are not sure if this will affect the release of the Galaxy S21 FE, which is said to go into production next month. We hope there are no more delays as the Galaxy S21 FE is shaping up to be a great offering.