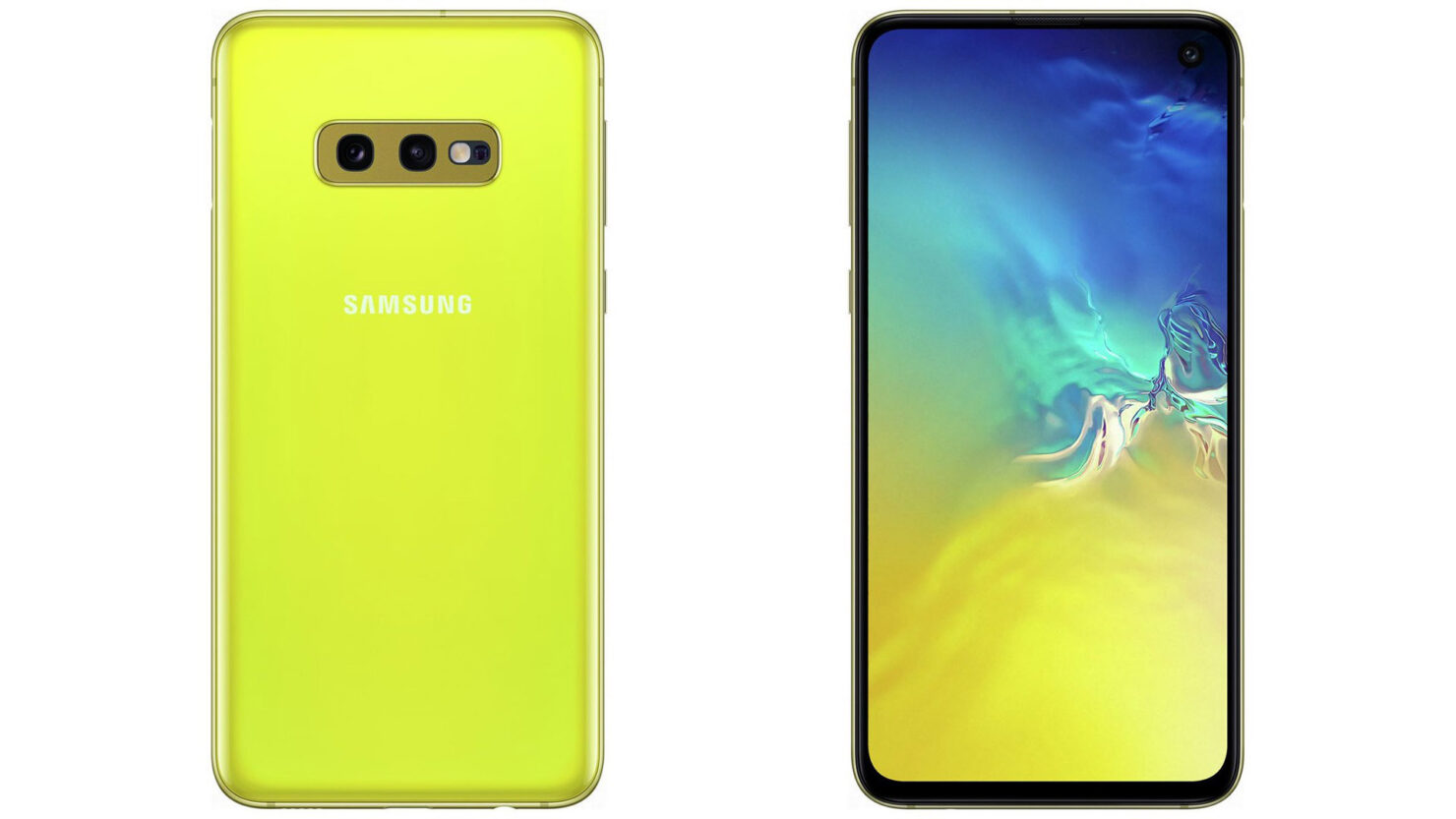 With just five days remaining (at the time of writing) for Samsung to unveil its Galaxy S10 lineup, there’s hardly any info you readers don’t know about the upcoming three models. The company is hard at work launching different color models to appeal to the younger generation, and that Galaxy S10e Canary Yellow certainly looks like an eye-catcher. If you previously were not able to feast your eyes on this unique variant, here’s your chance to do it now and for as long as you please.

Another improvement for us in the aesthetic score of the Galaxy S10e is the wallpaper used in these press images, and it certainly looks like this background will be included in a whole group when Samsung launches the Galaxy S10e Canary Yellow. While the older-generation of customers should be more than satisfied in picking up a simple color option just as long as the device works, Samsung will most likely appeal to the younger crowd with the sparkling new flavor. It’s not confirmed if the Galaxy S10 or Galaxy S10 Plus will launch in the same Canary Yellow variant, so we’ll have to wait on Samsung for that.

We feel that the Canary Yellow color will be exclusive to the Galaxy S10e, but Samsung could surprise us on February 20. As for the specifications, this model is the smallest, featuring a 5.8-inch Super AMOLED screen without curved edges. This variant will most likely take on the iPhone XR and as it so happens, Samsung has cut some corners with the handset in comparison to the other devices. One of them will be the incorporation of a fingerprint reader on the side of the device instead of an in-display solution like the Galaxy S10 and Galaxy S10 Plus will have.

The Galaxy S10e will also feature a dual-camera at the back coupled with a single front-facing selfie shooter using a punch-hole display to reveal just the front camera lens. If you’re interested in knowing the complete hardware specifications of the Galaxy S10e, Galaxy S10, and Galaxy S10 Plus, you should check out this extensive list to be prepared just in case you’re planning to upgrade in the near future.

Also note that just because the Galaxy S10e is the lowest-end model, don’t expect it to come cheap. According to leaked European prices, the Galaxy S10e will cost a pretty penny, suggesting that you will need to spend a substantial amount to become the proud owner of the Canary Yellow version.

As for the rest of the info that isn’t leaked, stay tuned for our timely coverage and you’ll get to know everything in due time.

Apple’s iPhone XR Was the Best-Selling Device in U.S. During Q1 2019, but Samsung’s Galaxy S10 Series Is Close Behind, According to Latest Report

Galaxy S10 Sales in the U.S. Enjoy an Impressive Run, With the ‘Plus’ Model and S10e Providing Additional Momentum

Hands-on With the Galaxy S10e – See What the Canary Yellow Model Looks Like, up Close and Personal