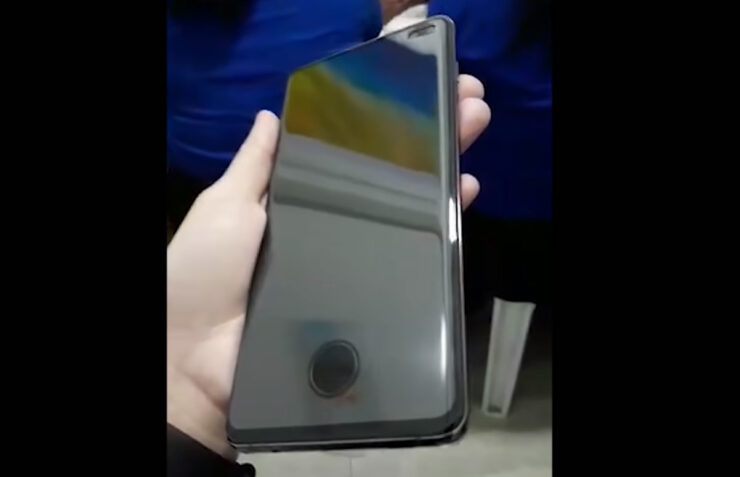 Now that all the alleged vital details of the upcoming Galaxy S10 series have been leaked, it seems we will be getting the narrower information in the coming days, before the phones are launched on February 20. The latest string of info comes from the accessory retailer MobileFun, who has shared a video of the Galaxy S10 Plus to show off its protector. In the process, the accessories seller has revealed an annoying limitation of the Galaxy S10 Plus as well as the Galaxy S10, as both the phones are tipped to come with a similar display and in-screen scanner.

In the video shared by the retailer, we get to see the in-display scanner of the Galaxy S10 Plus in action. The clip shows that the screen protector has a large, unsightly circular cutout towards the bottom to enable users to unlock the phone. This reveals two limitations of the phone; one that it will have a minimal active fingerprint recognition area. Where other manufacturers are attempted to incorporate a significant part of the display with a scanner, having a minuscule portion will only complicate things when authenticating yourself.

The second limitation is the fingerprint scanner simply won’t work with the glass protector applied. This was also rumored in the past, but the protector cutout looks very off-putting. Of course, the phone being shown in the video could be a prototype unit, and by the time the Galaxy S10 series is released, which is less than a week away, we may see case makers come out with a solution that would render the cutout useless. Moreover, in the future, we can expect to see the phone with larger active areas for fingerprint reading.

It is also worth mentioning that the fingerprint scanner that will be used in the Galaxy S10 and Galaxy S10 Plus is not expected to be the same as the optical scanner used in devices like the OnePlus 6T and the Xiaomi Mi 8 Pro. Samsung is tipped to using an ultrasonic scanner which will apparently be more accurate and secure than optical sensors, but unfortunately, the trade-off is an unobstructed reading area.